A new directive, implemented at the beginning of 2016 and to be concluded in 2017, will affect all Community Trade Mark applications made to the Office for Harmonisation in the Internal Market. However, Withers & Rogers claimed this could take several years as the directive would first need to be translated into national law in each member state.

The legal changes, it explained, would modernise existing trade mark law by removing the requirement for trade marks to be of “graphical” representation. Instead, brand owners would be able to file registrations in electronic format – for example using MP3 and .MOV files.

According to Withers & Rogers, these changes could make it easier for brand owners to secure protection for a broader range of marks, including registrations for non-graphical indicators such as sound and smell. Importantly, it will also become easier to file registrations for “moving images”, such as dynamic logos.

Tania Clark, partner and trade mark attorney at Withers & Rogers, said: “This is a common sense move to bring trade mark legislation up to date by allowing registrations to be accompanied by electronic files instead of 2D graphical representations for the first time. In essence, as long as it is clear to consumers what the trade mark is for, the brand owner should be able to file an application using any format they like.

“As well as paving the way for more sound registrations, the changes will make it much easier to file moving images, as this will no longer require the laborious preparation of numerous stills in 2D format, which seems a waste of time in a digital age.”

Clark explained that while unconventional marks for sounds and smells were prevalent in the 1990s, a judgment in 2002 set out a stricter interpretation of the existing law. In particular, this has made it virtually impossible for brand owners to obtain protection for smells that they regard as indicators of products or services and the registration of sounds has also becoming more complicated.

Some notable exceptions are sound registrations filed by Olympus, Intel and 20th Century Fox for short pieces of music, which consumers recognise when they turn on a camera or computer, or before viewing some visual entertainment. In the US, two smells have recently achieved registrations – one, for the “cherry scent” of synthetic lubricants used in high-performance racing cars and the other for a fragrance musk, vanilla, rose, and lavender used by cosmetics company, Moroccan Oil.

“Whilst the legal changes are important, we will need technological advancements, such as the mass commercialisation of 3D printing, in order to see more registrations of this type being granted in Europe,” said Clark.

“In today’s competitive markets, it is more important than ever for brands to stand out, and sensory indicators such as sound or smell can help consumers to make the link between a positive product experience and the brand which provides it. For this reason, it is good news that such registrations could become easier to achieve going forward, as it will protect the investment which companies make in sensory forms of branding and promotion.” 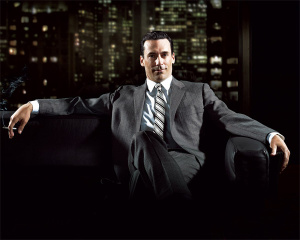 The AI future of marketing: Could Don Draper be replaced by a robot? 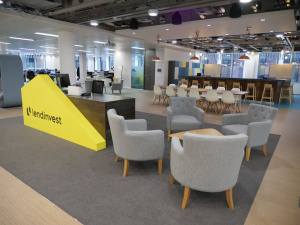