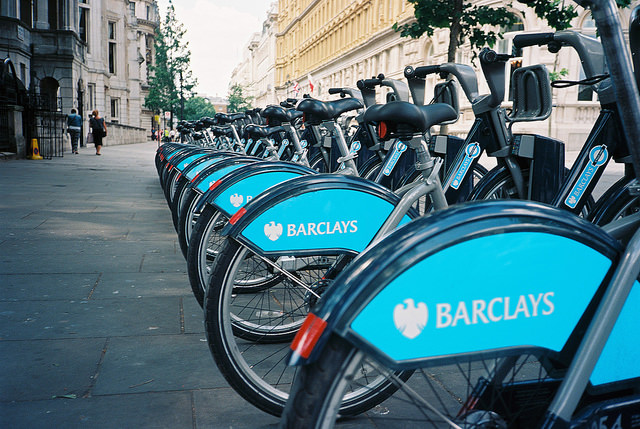 The new fines are a second wave of punishments for rigging forex markets. In November 2014, six banks, including HSBC, Royal Bank of Scotland (RBS), UBS, Citibank and JP Morgan, were fined 2.6bn, taking the total penalties to 6.3bn.

Four of the banks now being fined JP Morgan, Barclays, Citigroup and RBS have agreed to plead guilty to US criminal charges.  Citigroup’s behaviour was “an embarrassment,” according to CEO Mike Corbat. He explained that an internal investigation was underway and that nine people had been fired. The bank was fined 770m, while JP Morgan, which had paid fines of over 26bn since 2009, was fined another 572m.  JP Morgan CEO Jamie Dimon said: The conduct described in the governments pleadings is a great disappointment to us. We demand and expect better of our people. The lesson here is that the conduct of a small group of employees, or of even a single employee, can reflect badly on all of us, and have significant ramifications for the entire firm. RBS, a repeat offender, is being fined 430m on top of its 2014 sum of 400m and has dismissed three members of staff and suspended two. CEO Ross McEwan suggested that pleading guilty for such wrongdoing is another “stark reminder of how badly this bank lost its way and how important it is for us to regain trust”. However, RBS has been warned that it could face further action as it is 79 per cent owned by taxpayers. According to analysts, Barclays was fined the most as it did not join the other banks in November to settle investigations by UK, US and Swiss regulators. The bank will be handing 284.4m over to the FCA as part of its 1.5bn settlement, heralded as the biggest UK fine in history. Read more about banks: Antony Jenkins, Barclays CEO, said: “I share the frustration of shareholders and colleagues that some individuals have once more brought our company and industry into disrepute.” Transcripts have revealed that Barclays’ sales staff offered consumers different prices to the one offered by the bank’s traders, with one employee having suggested that “if you ain’t cheating, you ain’t trying [sic]”. Georgina Philippou, the FCAs acting director of enforcement and market oversight, said: This is another example of a firm allowing unacceptable practices to flourish on the trading floor. Instead of addressing the obvious risks associated with its business, Barclays allowed a culture to develop which put the firms interests ahead of those of its clients and which undermined the reputation and integrity of the UK financial system. The FCA suggested the Barclays trading team formed secret groups with names such as The Three Musketeers and “We All Die Together”, and tried to trigger client “stop loss” orders. This would cost their consumers money, but would result in more for the traders. One Barclays trader tried to drive the pound higher by spending spent 10m. His loss has been made public on Twitter.

Lawyers suggested the guilty pleas would make it easier for pension funds and investment managers to sue the banks. “There is already a lot of work going on behind the scenes assessing how claims could be brought forward and those potential claimants will be looking to the announcement for evidence to support their analysis,” said Simon Hart, banking litigation partner at London law firm RPC. This was echoed by how the Twitterverse responded to CEO “excuses”.

The fifth bank, UBS, was the first to report its misconduct to authorities and has pled guilty to rigging benchmark interest rates.  UBS chairman Axel Weber, alongside CEO Sergio Ermotti, suggested that they detected the matter on their own and reported it instantly. The Bank of America was also fined $205m over foreign exchange-rigging.  These fines break a number of records. Those of more than $2.5bn are the largest set of anti-trust fines obtained by the US Department of Justice (DoJ) as of yet, and the 284m imposed on Barclays by the FCA was a record by the regulator. Barclays is also the first bank to be fined for fixing another benchmark. The $925m given to Citigroup is the biggest penalty for breaking the Sherman Act, which covers competition law. The DoJ, and attorney general Loretta Lynch, has accused the finance industry of breathtaking flagrancy .

Lynch said the DoJ was still investigating the “cartel”, but didn’t say whether individuals would eventually be charged. She warned that further wrongdoing would be taken seriously: “The DoJ will not hesitate to file criminal charges for financial institutions that reoffend. Banks that cannot or will not clean up their act need to understand it will be enforced.” According to Lynch, “almost every day” for five years, currency traders had used a private electronic chat room to manipulate exchange rates, much like Barclays. Actions harmed “countless consumers, investors and institutions around the world”, she said. A Barclays trader who had been invited to join the cartel was told: “Mess up and sleep with one eye open at night.” “They engaged in a brazen ‘heads I win, tails you lose’ scheme to rip off their clients,” said Lawsky. UBS staff were said to have made gestures between each other to mark up offered prices.

Chris Leslie MP, Labours shadow chancellor, has suggested that there needs to be “fundamental reform” and tougher penalties for banking misconduct, given that strategies range back as far as 2013. If ever there was an example of appalling collusion between bankers putting their own interests ahead of customers, then this is it,” he said. “We need to rebuild the reputation of British banking, which plays such a crucial role in our economy. Since the announcement, Barclays’ stock market value increased to 1.5bn as shares rose by 3.4 per cent, while RBS shares rose 1.8 per cent. The increases came even though the regulators said there could be more fines to come.

Mark Taylor, dean of Warwick Business School, argued that the UK must embrace a cultural shift to avoid Lynch’s warning. He said: “Our pension funds invest billions of pounds in the financial markets and if they are being cheated in this way it affects every one of us.” He noted that we could be seeing a few senior executive resignations in the future. By Shan Schutte