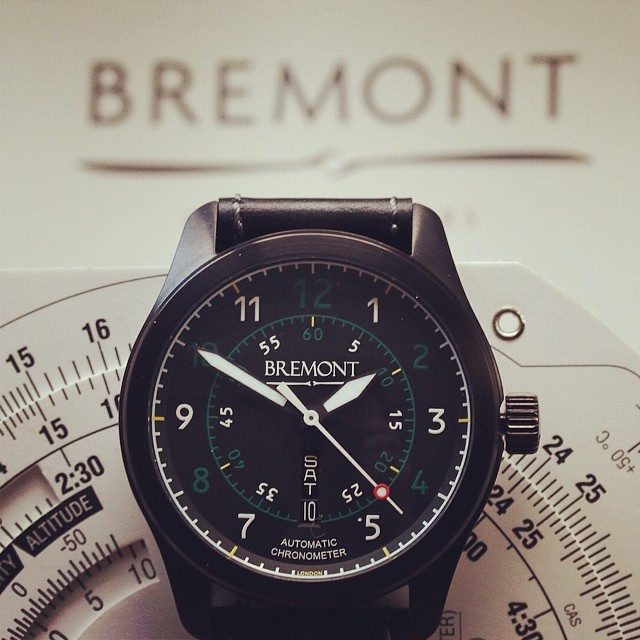 Founders Nick and Giles English, it?s a story that starts in the sky. After all, that?s where their father, Dr. Euan English, spent much of his time as they were growing up. Dr. English was a Royal Air Force pilot, aeronautical engineer and owner of a historic aircraft restoration business. He was a born tinkerer ? a passion that Nick and Giles quickly grew to share.

?As kids, we spent a whole lot of time in the workshop making things,? explains Nick. And, sticking to their engineering roots, eventually founding Bremont in 2002. Their goal: reinvent the British luxury mechanical timepiece. From aesthetics to functionality, Bremont watches would be pieces of precision equipment equally at home on the wrist of an executive or a fighter pilot. But establishing a small business is challenging enough, let alone navigating the complexities of watchmaking in the hyper-competitive world of luxury goods. Nick and Giles were fortunate enough to get early help from Walpole, a UK-based small-business incubator that pairs up-and-coming luxury brands with mentors from across the British business landscape. There, the brothers were connected with Andrew Gosheron, vice president of field sales Europe at FedEx. Importing watch components for handcrafting and exporting finished watches internationally is a complex endeavour. With Gosheron?s guidance, however, Nick and Giles were able to smoothly manage customs and turn their attention to customer service and delivery ? critical for a luxury brand. Bremont now ships its timepieces everywhere from Shanghai to San Francisco using FedEx International Priority?, which means they don?t have to worry about customs holdups.  ?It?s not just about getting the product out the door,? Nick said. ?It?s about putting things in place that will save money and time down the road.?

Growth you can set your watch by

Bremont moved into a new headquarters in Oxfordshire in January 2013, where they now employ a staff of 40, including 15 watchmakers. And, according to the company, good watchmaking jobs such as these haven?t existed in the UK for generations. ?We?re essentially building a skilled workforce in the U.K. from scratch,? says Sarah Weare, Bremont?s global marketing manager. Weare puts Bremont growth at a 50 per cent annual clip. Like many luxury goods brands, Bremont has a firm toehold in the Caribbean and the United Arab Emirates, especially in Dubai. They also just opened their second branded boutique in Hong Kong, and are now moving aggressively into the US by selling through a network of independent retailers and building strategic brand partnerships. ?We?ll have quite a lot going on in the States in 2014,? Weare says. Image source By Shan? Schutte