For some, a few of the immediate responses to Brexit within the crowdfunding arena made for an amusing read. Among crowdfunding campaigns, “Brexit Justice” raised almost £150,000 to back a legal action against leading Leave politicians for misleading the public, and another hopeful crowdfunder launched a Kickstarter campaign for Brexit, The Movie.

Crowdfunding platforms have remained relatively upbeat since the referendum result, despite serious concerns within the financial industry as a whole, as it is possible that Brexit may bring unexpected opportunities for crowdfunding campaigns.

There is no doubt that the initial catalyst for the meteoric rise of crowdfunding campaigns was the financial crisis of 2008, which left a finance gap for individuals and businesses.

As traditional sources of funding – like banks and venture capital funds – dried up, businesses looked for alternative ways to finance their activities. Crowdfunding stepped into that gap. As Brexit unfolds, many predict a recession for the UK economy, and once again, it may be alternative finance that fills the vacuum.

Reportedly a third of all such early stage investment in the UK in recent years was backed by EIF investment. The total sums are relatively modest (around £2bn for 2011-2015), but, in terms of seed financing, it is arguably the foundation for a substantial amount of UK investment activity.

The UK government has pledged to maintain support for EU investment funds signed off by this autumn, but has so far stopped short of promising any ongoing replacement for EIF support.

This could be where alternative finance steps in, either because companies increasingly seek seed funding direct from the crowd, or because fund managers that previously relied on EIF are forced to be more creative in reaching a wider investor pool, or both.

Of course, any optimism may be somewhat offset by the potential of European money which supports the alternative finance market itself, such as the €100m of European Investment Bank matched funding offered via Funding Circle, disappearing as well.

The rise and rise of fintech

Fintech has seen phenomenal growth in recent years, achieving £6.6bn in revenues and £524m investment in 2015.

The Financial Conduct Authority’s (FCA) regulatory sandbox, a ‘safe space’ in which businesses can test innovative products, services and business models without immediately incurring all the normal regulatory consequences of pilot activities, and the other “Project Innovate” initiatives, make the regulatory environment for fintech in the UK the envy of the rest of the world.

Therefore, it is perhaps not surprising that despite the referendum result, there seems little sign of a slowdown – UK-based international money transfer service TransferGo closed a $3.4m funding round at the end of June.

Fintech businesses naturally turn to online finance as an important source of early stage funding and consequently represent a disproportionately large portion of equity crowdfunding in the UK. There is no reason to believe that this sector in particular won’t continue to grow despite Brexit, and won’t increasingly turn to alternative finance.

The growth of crowdfunding campaigns after the global financial crash was met with a relatively light-touch response from the FCA.

In the two years before the government legislated regulation of this new financial activity and during the implementation period, the watchdog did not prevent unauthorised crowdfunding, and it reputedly took an encouraging approach to new applicants for authorisation and a soft approach towards financial promotion issues.

The FCA was allegedly beginning to tighten up its approach in the year preceding the Brexit vote, and over the summer Christopher Woolard, director of strategy and competition at the FCA, confirmed an intention to consider tightening requirements.

However, if the UK economy does hit a downturn, as many economists expect, it could well be politically expedient for the FCA to revert to a relatively permissive approach.

Once engaged in the mammoth task of implementing changes flowing from the divorce of UK regulatory law from the EU, the FCA may find its attention diverted from addressing the detail of new alternative finance structures, which could allow crowdfunding campaigns to once again evolve under less intense scrutiny.

The Enterprise Investment Scheme (EIS) offers a substantial tax advantage to investors in growth companies, and almost all equity crowdfunding platforms are structured to make use of it.

In an uncertain economy, investors may be looking to secure tax advantages and mitigate any losses quickly and efficiently, and platforms for crowdfunding campaigns can provide a nimble and flexible way for investors to access investments carrying these tax-advantageous reliefs.

Markets dived following the referendum result, and while things have somewhat stabilised since then, the outlook remains uncertain.

Investors looking to diversify their holdings quickly might consider alternative finance to achieve that goal, as the structure of online rounds is often quicker (from commitment to close) than traditional finance.

The relatively small number of successful exits in the equity crowdfunding market may deter some, but on the loan side, numbers of defaults have been relatively low. As a quick way of achieving a diverse portfolio of high growth investments, alternative finance may seem an attractive option.

At the end of August, Bank of England economist Andy Haldane hit the headlines by asserting that property makes a better retirement investment than a pension – a view shared by many.

While investing in a single property or a small portfolio may be risky, property crowdfunding campaigns could increase as many investors consider this a reliable asset class.

Crowdfunded property lending is already a major part of the alternative investment scene, but equity property crowdfunding in particular may see increased levels of interest.

Is there a boom in the doom?

There are a lot of unanswered questions following the Brexit vote, but alternative finance grew out of and can respond quickly to uncertainty. There may yet be reasons for optimism in this vibrant and innovative sector.

Consumer spending in the UK reached six-month high in October 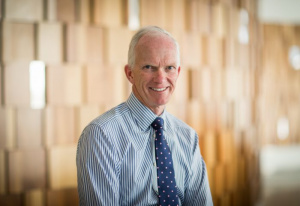