Brexit is an issue that I knew from the very start would be toxic and incredibly damaging to the country, its reputation and the economy. It’s a prediction for which I take no pride in saying I was right about.

And with Brexit, and all the vitriolic arguments that surround it comes hazards that are currently only on the far edges of people’s radars.

An opportunity for a Labour victory?

However, if the stars align in a particularly bad way, most notably in favour of the Labour Party, then it will be at the detriment of businesses up and down the country.

Labour could kill business life in the UK

If there is going to be an election, which is proving more likely by the day, there is the potential that we could wake up the next morning with a Labour government.

The danger is that the implosion that has taken place in the Tory party will turn off their voters, whatever domestic policies they have. Those who want to remain in the EU will continue to desert the party as it tries and fails to deliver the undeliverable, which will also have those who want Brexit following suit for the same reason.

How will businesses survive?

While Labour is still getting splinters from sitting on the fence over their stance on remain or leave, the party has committed to having a second referendum.

That will be attractive to a lot of Remainers, including business owners, but I urge them to approach with caution because using a General Election vote for Labour to help keep the UK in the EU is doing deal with a devil and paying for it with the soul of their business.

That’s because, when they gathered in Brighton for their party conference, they made some policy announcements that should send a shudder down the backs of entrepreneurs and business owners.

Most notably among them is their ludicrous plan for a 32-hour working week for British workers, without them receiving any drop in wages. Of course, it will go down exceptionally well on the doorstep, but, in reality, it will only be a disaster for employers.

It’s ironic that Labour’s keen on the ‘work to live, not live to work’ mantra, but if this socialist brainwave becomes a reality, we could end up with more people living and not working as SMEs go to the wall!

The cost to business will be considerable, not just in extra wages, but also from increased pension contributions and much more administrative work.

Firstly, from a practical point of view, will it mean every worker gets an extra day off a week? How will that work in businesses where one person is responsible for a particular role, say, for example, the accounts. Does that mean nothing will happen for a day? How is that good for productivity?

It will also mean for some businesses to hire more people for, what is in effect, job sharing. And while business love the opportunity to employ more people it’s to service demand or create the capacity to win more work, not to double up on staff just to cover shorter working week absences.

The cost to business will be considerable, not just in extra wages, but also from increased pension contributions and much more administrative work.

To be clear, this is not a party-political article. It’s simply a stark warning to the business community that a Labour government is a huge threat to our entrepreneurial and aspirational society and place incredible and unrequired pressure on the 5.7 million SMEs, which are the backbone of the British economy. 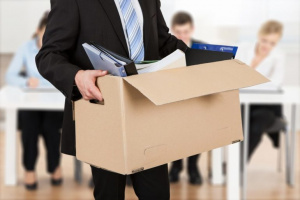 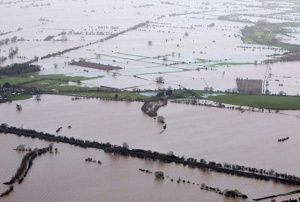