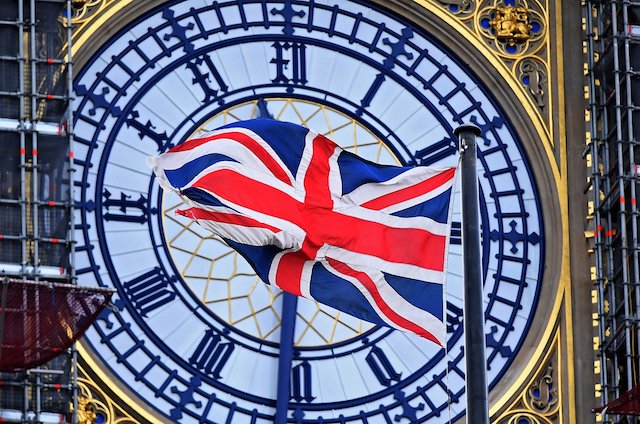 Share via
Tonight the UK will officially leave the European Union; with the metaphorical ‘Brexit bell’, to ring at 11 pm  – signalling the end of nearly half a decade of membership. Over three years after the EU Referendum result, Prime Minister Boris Johnson plans to address the public tonight via a televised speech to commemorate Brexit. He is expected to deliver a message of hope that Britain will face a prosperous economic future beyond the EU. While tonight’s events will see Britain’s 47-year relationship with the EU come to a close, other changes will not happen overnight. Instead, the UK will begin a “transition period,” with most established EU laws, such as the free movement of people, remaining in place until December 2020. However, the government maintains its wish to establish a free trade agreement with Europe by the end of the year. The purpose of the transition period is to give the UK and the EU time to negotiate the terms of their trading relationship going forward, including the imposition of tariffs on UK export businesses selling goods to the EU and vice versa. For British SMEs looking ahead to post EU-life, Brexit Day, (or Brexit Night*), might not bring them much clarity, with some seeing the transitional period as a time of continued uncertainty, signalling a further delay to their business plans. Some UK businesses may still want to wait on the outcome of these negotiations before pursuing any expansion plans in Europe; one business following this lead is Liverpool based photographic company, Poto Studios. Co-owner Charlie Tait stalled on his expansion plans in 2019 due to Brexit uncertainty. Speaking to Euronews this year, he voiced concerns that the economic and operational stagnation caused by Brexit uncertainty will continue under the transition period, commenting, “we’re going to go through the same sequence of events we’ve been through the last year.” He’s also concerned that further indecision will have a knock-on effect on consumer confidence, continuing to affect spending levels: “now we go into trade deals and possible cliff edges around trade deals and we’ll see the same response from consumers who will worry about how much they do or don’t spend.” Gayle Carpenter, CEO and founder of Sparkloop Creative Design Agency agrees that not much will change in 2020 saying, “It’s business as usual at least for the next 12 month transition period.” Adding, “things won’t change overnight, but it’s good to ensure if you do have European clients that you take the time to strengthen those relationships from a more personal perspective.”