With our departure from the EU looming and uncertainty at an all-time high following the Article 50 ruling, the future of the UK’s employment law is somewhat unclear.

A significant amount of current UK employment law originates from the EU, from equality rights and family leave to working time regulations and rules on agency workers. So, in theory, the UK government could repeal all of this if and when we do leave. The reality is likely to be less drastic than this but it’s still crucial that businesses are prepared for how an exit from the EU could change important areas of employment law.

The Agency Workers Regulations 2010 are complex, tortuously drafted and unpopular with businesses. They are designed to ensure that agency workers enjoy the same basic working and employment conditions as they would have enjoyed had they been engaged as employees. Any attempt to repeal them would inevitably be resisted by trade unions and other interest groups and might be unlikely anyway given the current push to protect those operating outside of the conventional employer/employee relationship.

Although the UK government could repeal the Equality Act 2010 post-Brexit, it seems unlikely that it would do so. Permitting UK employers to discriminate on any of the protected grounds would be controversial and hugely unpopular, at home and abroad. Also, it’s not just employees who enjoy protection from discrimination. If any changes were to be made, it is possible that a cap might be imposed on discrimination compensation, as we already have for unfair dismissal. Currently there is no cap, which has exposed some businesses to potentially very large claims and has encouraged a claim mentality.

Post-Brexit, the European Court of Justice (ECJ) will no longer have the last word on important issues affecting employers and employees in the UK. There have been some extremely controversial and unpopular rulings by the ECJ and many will celebrate the fact that our own Supreme Court will have the last word post-Brexit.

However, the ECJ and its judgments will not become an irrelevance. Currently, the UK courts must interpret EU-derived law in accordance with ECJ decisions and a body of UK case law has built up that does so. It is possible that UK courts will continue to see ECJ decisions (even future ones) as persuasive, even if not binding.

Keep reading for the f-z of employment law. 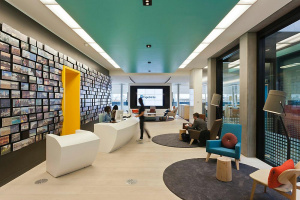