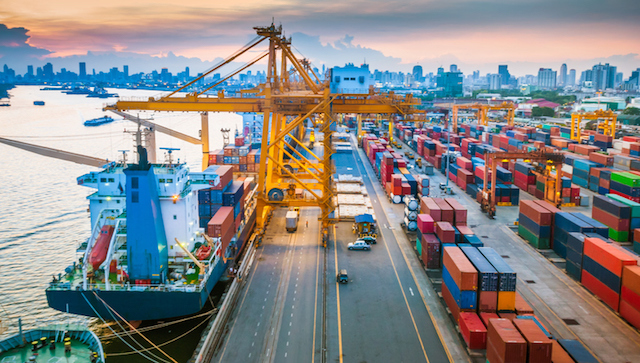 Share via
Forget the Brexit scaremongering you’ve heard before today, if you’re a British supplier of goods or a UK exporter, this latest news could threaten your business, so listen up. Following a possible no-deal Brexit, UK exporters who haven’t prepared their border-related paperwork on time could be landed with significant fines and terminated trade contracts, whilst their suppliers could face delays getting paid.

EU based companies are warning British exporters that should there be any trading delays due to Brexit developments, they will make them pay for the delays in orders.

With the conceivable risk that the UK could be heading towards a no-deal Brexit, disruptions in UK-to-Europe supply chains could be a reality as UK export businesses struggle to get ‘post-Brexit operational’ in time…

What sorts of ‘fines’ can UK exporters expect?

The Chartered Institute of Procurement and Supply (CIPS) has published a series of findings that suggest a hardening of the heart when it comes to the relationship between European businesses and UK exporters. What’s becoming clear is that when it comes to EU businesses trading with UK exporters, time is money, and they’re no longer willing to tolerate delays in receiving their goods post-Brexit deal.

“The financial cost of Brexit indecision will not be paid in Whitehall, but by Britain’s businesses.” ? John Glen,?CIPS economist

Worse still, a large number said they would expect financial concessions including discounts from UK exporters, or even terminate existing contracts with exporters should they face delays receiving goods.

Zero tolerance for delays going forward: Here’s what else EU companies are saying

The CIPS also discovered that a shocking number of UK exporters could be turned away at the UK/EU border should a no-deal Brexit occur.

“The findings of the Chartered Institute of Procurement and Supply (CIPS) survey suggests a high level of uncertainty among UK firms, as they showed a stronger level of preparation for border complications among EU businesses compared to their UK counterparts.” ? Sky News

Why? Because a large number of UK export companies are still underprepared for a no-deal Brexit. Many still lack the expertise, data or technology to comply with EU customs rules says the CIPS. This is compounded by the fact that under half of?exporters they questioned said they were compliant.

Lack of preparation will damage the entire UK supply chain

Of course, it goes without saying that it’s not only exporter companies that will lose out on money following the complications incurred by a no-deal Brexit, but it’s also the UK businesses producing the goods that will be affected too. Delays at the border after March 29th will see UK businesses paid later and less for the goods they produce.

“These costs, combined with a lack of investment, will likely reduce the number of exports coming out of the UK and result in a reduction of the UK’s competitiveness on the international stage.” ? John Glen, CIPS

UK Export businesses who are not already making preparations will not be able to file the right paperwork to get their goods across the border in time. This means delays both sides of the supply chain, potential fines, and angry exporter clients and UK suppliers.

Want to avoid all of the above? It’s down to exporters to do it

Time’s marching on, and if they want to preserve good relations with both EU clients and their UK suppliers, and keep the money wheels turning, UK exporters must ensure they’re compliant and up-to-date with border regulations. Otherwise, lack of EU border compliance among UK exporters will cause a devasting ripple effect right down to producers, and damage the entire health of the UK’s export economy for good. [article id=”126024″ title=”Exporters: Don’t let Brexit stop you trading”] Exporters, gain more advice from the CIPS here, or if you’re feeling a little overwhelmed with the Brexit topic, and want to start from zero, check out the government website.