We are entering a significant period for both Britain and the rest of the world – the subsequent changes in prime minister and various political party leaderships to name a few. And yet in a world of uncertainty, it seems only one thing can be guaranteed, there will be no U-turn on this decision, no follow up referendum and that the country’s departure will indeed ahead. So why not instead think about how Brexit has potential?

After all, this needn’t be the beginning of the end for the UK and I for one believe that it can be a period marked with profit rather than pain. Brexit of course brings a lot of uncertainty, but it will force many bosses to be smarter and more efficient in the way they work. Breaking away from the EU will make it more expensive for UK companies to afford to recruit top quality staff – whether that’s through British talent becoming more expensive or the need to sponsor the working permits of EU citizens – so outsourcing will become a very viable option.

Outsourcing might have, for a while now, been synonymous with cost-cutting, but as UK companies look to experience the best talent from foreign shores, it’s going to be a lifeline for business leaders wanting to maintain their access to a broad pool of flexible and highly skilled talent at a time when it is most needed. And outsourcing companies are built on the basis of being comfortable with change. Such firms don’t get fazed by it and remain robust, agile and buoyant no matter what the situation may be.

Once the dust settles on the decision, there’s going to be increased competition over contracts and trade agreements. Companies across the UK and Europe will have to drive more efficiencies and compete to secure contracts within new territories. This trend has been validated with several of our larger clients which we have spoken with over the past few weeks. While there is uncertainty about what the referendum vote means for them in the short run, they remain comfortable that Brexit has potential for their outsourcing needs.

Brexit will also have an impact on digital skills. On the one hand, if the evoking of Article 50 does mean an exodus of EU talent from the UK, the cost to hire technology specialists could increase dramatically as the country loses its lower cost services. On the other hand, Brexit has potential to widen the talent net in London. If Britain installs a points-based immigration system like that of the Australian government, the break from the EU could mean the country turns to recruiting more talent from non-EU countries – such as Asia, the US or Australia.

While the UK remains in unchartered waters, waiting to see what will happen, there is no escaping the negativity surrounding the decision. The immediate ramification, so history tells us, is that once Article 50 is activated, there will be a rapid fall in the strength of the pound – the pound to rupee exchange rate is on a long-term downward trajectory, after all. That being said, the UK economy has held stronger than any expert, analyst or politician would ever have thought possible since the decision was made to leave the EU. In the event of it not recovering quickly, businesses may need to consider setting up a subsidiary in other geographies, like the US in order to get revenues paid in US dollars.

So change is afoot – Brexit will happen and businesses need to start preparing for when Article 50 is triggered. If they start looking for the right opportunities and in the right places, then there’s no reason for the divide to mean pain – instead, they can start looking at how they can continue to profit by running as effectively – and competitively – as possible.

Keshav Murugesh is CEO of WNS 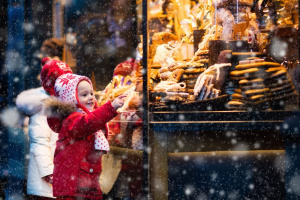