It was the latter in particular that came under fire, however, and a week later Hammond made an embarrassing u-turn on the decision.

Elsewhere, Theresa May triggered Article 50 for Britain to formally begin leaving the European Union, so with all of that in mind, we’ve heard from Buzzacott’s Wax to assess SME sentiment.

(1) We’re a month on from the Spring Budget. Now you’ve had time to digest the announcements, what’s your take on the outlook for SMEs?

Several key themes emerged from the Budget. It was an attempt by the government to reduce the tax burden for SMEs, prepare the UK for a “global future” and to invest in skills. This was the last ever Spring Budget – going forward there will be one budget in the autumn, in an attempt to give businesses a more stable and certain tax environment, making it easier for them to plan for the future.

Pre-announced changes brought some good news for businesses; this Budget sees the corporation tax rate fall to 19 per cent. It will fall further to 17 per cent by 2020, meaning the UK is becoming somewhat of a “tax haven”.

The chancellor has a desire for the UK to become more of a global economy to encourage entrepreneurship, and hopes these steps, along with the backtrack on National Insurance, will have this effect.

In another boost for SMEs, the government indicated its aspiration to invest in innovation. Further changes to make it easier for businesses to claim R&D tax credits and over £800m planned investment in technology projects is an attempt to support and up-skill the labour force and support the UK as a hub for innovation.

(2) What feedback have you had from business owners?

Initial feedback from SME business owners was quite negative but this was largely as a result of the proposed increases to NICs, causing a hasty withdrawal!

There were further murmurs over the business rates increase in London, which certainly affects some of our clients However, the proposed cap on business rates for companies coming out of the small business relief will alleviate too much of an outcry over this.

Finally, “Making Tax Digital” has received a lot of negative feedback as it will potentially place a much greater financial burden on SMEs. Many are hoping that this is not rushed in quickly!

(3) Is there anything in particular that’s been a source or upset or joy?

The most positive thing was probably that nothing was announced that had an immediate impact on them. While business rates and Making Tax Digital are not great sources of joy, there were no major surprises which was not always the case with our previous chancellor.

The tax-free dividend allowance reduction from £5,000 to £2,000 was certainly not treated with rapturous joy.

(4) More recently, Britain got one step closer to Brexit as Article 50 was triggered by Theresa May. What your thoughts on the development?

Most businesses have now come to terms with the initial shock of Brexit. The triggering of Article 50 has had relatively little impact on businesses, in our experience, as most SMEs have now accepted Brexit is a reality and have already started to plan accordingly.

Being based in London, it is fair to say that Brexit has been seen in a negative light. With most of my clients being technology companies and with roughly a third of London tech companies relying on other EU countries for its workforce, one of the major concerns is whether Brexit will slow down the growth of London as the major European technology hub.

Despite this, we have continued to see many new companies thriving in London as well as inward investment particularly from the US in the sector, which has been buoyed by the cheaper price of sterling and the uncertainty experienced in parts of the US, post-election.

Our job at Buzzacott is about helping businesses to grow. More than ever, we are seeing an abundance of innovative companies with positive growth plans. As ever, companies that have a USP, remain flexible, demonstrate a coherent business plan with a sound management team and strategy can clearly thrive in this environment.

(5) Have clients given indication of their feelings?

There is no hiding from the media and the uncertainty that people are feeling. Our clients at Buzzacott are highly motivated tech entrepreneurs, however, who are excited about what they do. This means they tend to have a positive outlook on the future.

At Buzzacott, we encourage them to focus on what their objectives are for their business, how fast they want to get there and what success will look like. Many are simply fatigued by talk about Brexit and they are simply moving forward with their business.

SMEs must demonstrate that they understand their market and how it will change in the future. This often involves understanding how they can use technology to improve what they do and how they do it. Standing still and not being prepared to change isn’t an option.

(6) With these changes taking place, how are investment conditions in Britain for fast-growth businesses at present?

Whilst funding is never easy, there is significant availability of finance in London e.g. in areas such as venture debt, private equity or angel funding. As recently as February we saw London-based VC Atomico raise $765m to invest into early stage companies.

Nothing has changed for good businesses, if you are a good investment prospect, i.e. have a strong product, team and traction, there is money available. In fact, for overseas investors the cost of investment in UK companies has decreased due to the weakness of the pound.

A £5m investment in May 2016 would have cost a US investor $7.3m and now only costs them $6.2m. The UK is still a great environment to do business.

This month at Buzzacott we hosted an event with over 40 of our fast-growing clients plus a host of VCs and successful entrepreneurs. The objective was for business owners to share their experience of raising growth finance and to understand what investors are looking for.

The amount of experience and energy in the room was inspiring. The key messages for anyone seeking investment is to be able to explain your business to investors and also to get them excited about what you do, while demonstrating your ability to deliver what you say you are going to do.

(7) Are there any other contributing economic factors that SMEs stay abreast of?

Obviously, we will continue to monitor Brexit negotiations, and how trade agreements develop with Europe and the rest of the world. Specifically, global mobility and attracting talent to the UK is key in order for SMEs to grow.

The rapid spike in inflation is worth monitoring for consumer companies who should be aware of the squeeze on consumer spending as price increases, due to the weakness of the pound, start to hit the market.

Broadband doctor: The key to selecting a broadband package on a budget 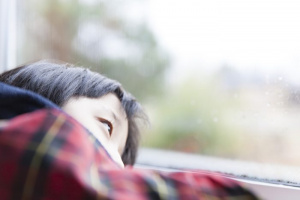 Beware of the bored customer: You don’t want to sound the same as rivals