SMEs are nothing if not resilient and, as Brexit draws ever closer, many business owners are exploring export opportunities outside the EU.

In fact, Q1 2018 saw an increase of international trade among UK SMEs – the average monthly trade value reached £48,000, which represents a 20% increase on the same period last year.

This is according to WorldFirst’s global trade barometer, which shows a remarkably positive outlook for small businesses; two thirds of businesses are expecting revenue growth over the next quarter, and one in five expect growth of more than 10%.

So, what trends and coping mechanisms have been spotted among SMEs to lead to such confidence?

Hedging is back in fashion

Hedging may have fallen slightly out of favour in 2017, but we are now seeing SMEs protecting themselves again across most major currencies.

WorldFirst views this uptick in hedging as the biggest indication that SMEs are planning to increase international trade. Interestingly, although there was a 7% increase in hedge contracts in Euros in Q1, the biggest increases were in Japanese Yen (+250%), Canadian Dollars (100%) and US Dollars (43%).

Only two declines were noted – a 65% decline in Australian Dollar hedging, and a 57% decline in Swiss Franc.

The percentage of SMEs making international transactions in an average month has remained at 26% for the second month running, which represents a decline of 2% from the same period last year, and 10% from 2016.

However, it’s not all doom and gloom; the average value of the trades has increased to £47,750, so those businesses already trading are making more and higher value transactions. WorldFirst suggests this indicates a change in sentiment towards international business.

Jeremy Cook, chief economist at WorldFirst, said: “After a year of stagnation, it is positive to see a pick up, however small, in international trade. Whilst unlikely that we will get to the levels of SME trading abroad pre-2017, there are still 1.5 million UK SMEs trading internationally and in the first quarter of 2018, they made international transactions of over £71 billion each month.

“The figures should be a confidence boost for the UK economy showing a willingness of UK businesses to buy and sell across borders.”

Looking beyond the EU

According to WorldFirst’s own client data, the US is the UK’s top trading partner – 12% of all international payments are made there. Germany and China come in second and third respectively.

Meanwhile, France has dropped from second place in Q4 2017, to sixth place – perhaps suggesting that overall, small businesses are showing reduced dependence on the EU and looking increasingly to the Far East and the US.

Cook said: “There clearly is genuine appetite amongst a cross-section of UK SMEs to trade internationally and expand their business beyond these shores. What these SMEs need now is the support, education and right partners in the right markets to make their exporting dream become a reality.”

With that said, it’s not worth writing Europe off entirely:

“Europe looks to remain an important market for British small businesses so enough must be done to make it easy to sell to the rest of Europe after the UK extracts herself from the European Union.” 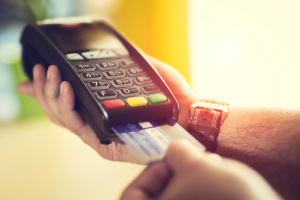 Why SMEs need to shore up on card payment security 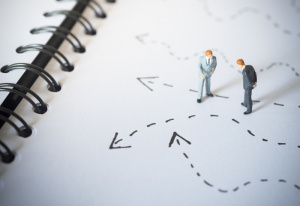 Exporting pain: 1 in 5 businesses struggle to choose a new market