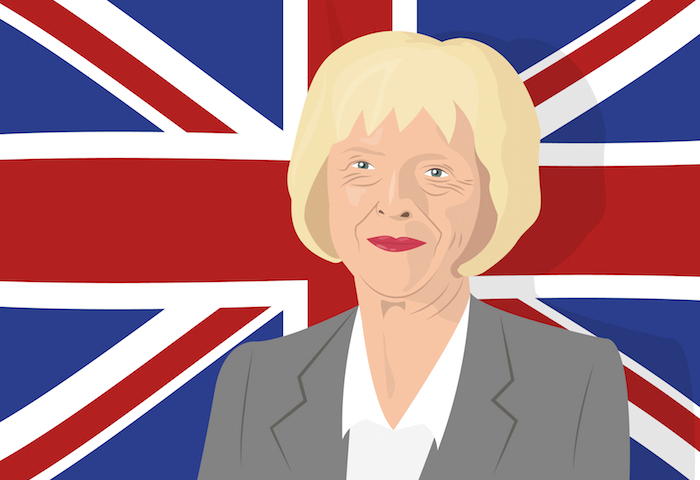 Share via
When it comes to Brexit opinion, Labour has outlined that, should MPs and peers vote down the Brexit bill in Parliament, prime minister Theresa May should be open to renegotiating the government’s position. This possibility, of backlash against the government, is rearing its head amidst worries that Jeremy Corbyn may attempt to amend the Article 50 legislation to draw a clear distinction between Labour and the Conservatives” Brexit opinion. We see this as simply political opportunism. After all, Corbyn was widely criticised for sitting on the fence over the Brexit vote. May’s recent Lancaster House speech relating to Brexit outlined that the UK would not aim to remain a member of the single market or the customs union. We wait to see how this will play out.

What do the British people think?

The perception of the UK in global markets is currently mixed. Following a Brexit vote and Cameron’s resignation, the public have limited confidence in May. Now that the ambassador to the EU has resigned, Brexit opinion of many commentators has them question whether there are any bright spots on the horizon. In contrast and quite surprisingly, manufacturing growth is at a 30-month high a figure cited by the PMI survey. The survey has shown that there is also an increase in cross-border trade with China, US, Europe, India, the Middle East and Asian markets. We will look a little closer at this claimed growth, after first considering the current state of the political landscape.

What is the current situation?

Following much public Brexit opinion and criticism of the government, May has taken a hardline approach of proposing a complete exit from the EU. May has outlined that the UK is not able to stay in the single market, while executing her Brexit mandate in any meaningful way. Therefore, the UK will not attempt to preserve membership of the European single market. However, she has outlined her aim of an agreement with EU member states so that trading relationships with the UK will continue; without excessive tariffs, barriers or new obstacles. This is a binary decision with an unknown outcome. The UK stance will not come without huge repercussions. An example of this is Nicola Sturgeon’s position (leader of the Scottish National Party), who has previously been quoted saying that she wanted Scotland to stay in the EU and if they cannot stay in the single market then there will have to be another independence referendum. We are starting to see further roots of fear as the Society of Motor Manufacturers and Traders chief executive Mike Hawes has publicly outlined his worries over the extremely competitive vehicle industry, especially on the manufacturing side, which runs on “wafer thin” margins. Thus, further costs, such as increased bureaucracy or tariffs, will have a high impact.

Where is trade in Britain?

The Office for National Statistics (ONS) has recently outlined that there was a £4.2bn trade deficit, up £2.6bn since October. This represents a negative balance of trade the figure reached when imports exceed (and are subtracted by) the exports number. It was higher than many had expected. In October, we saw a rapid fall in imports, and a much-publicised rise in exports due in part to the almost 20 per cent fall in the value of sterling; but this was only a shallow increase. However, imports rose quickly in November, with shallow increases in exports. This lead to an increase in the trade deficit. We saw transportation equipment and machinery exports rise; and import increases were led by manufacturers and fuel purchasers. This is mirrored by a similar move in finance product requests; of letters of credit and receivables finance. The highest export numbers from the UK were to the US an increase of £4.5bn. Germany sat as the top importing country with a value of ?6bn; at the end of 2016. It is important to note that in a standard economic cycle; the depreciation of a currency will lead to an increase in the negative trade deficit; as we have seen. This is due to an increase in the cost of imports. However, many hope that the long-term depreciation in sterling will lead to an increase in UK exports and lower import demand; which will improve the trade balance. This usually takes some time to filter through. There has been a slow increase in exports, but this is somewhat offset by a rapid rise in the value of imports. What is happening on the ground Although Brexit opinion has seen much confusion over the future; real changes have not yet fed through to the UK economy. The UK saw heightened industrial action throughout 2016 compared to the previous years. Unsecured or personal credit has continued creeping up since the recession in 2007/08 and is growing at its fastest rate since that period. This grew by over ten per cent in the last year and sits at just below £200bn. It was only marginally below £210bn at the time of the last recession. However, with inflation predicted and potential employment cuts, this will leave many of these people vulnerable.

It is expected that the yearly growth rate will be cut by around 50 per cent, to just over one per cent in the UK. However, with inflation expected to rise, from being flat in January 2016 to three per cent this year, this will create problems for living costs. We generally see an increase in consumer finance where economies have low borrowing costs and institutions compete to provide credit through credit cards and personal loans. This usually correlates with low savings rates, which is true for the UK. On the housing front, this is also true. As, up to the end of last year, mortgage approvals consistently grew to almost 70,000 in October. However, with news of slowing house price growth, we question whether this will continue. Any shocks or stricter lending criteria will curtail this growth. We wait for details in upcoming government announcements. James Sinclair is manager at Trade Finance Global Image: Shutterstock