If there was to be a general election, the political infighting and the government’s failure to manage Brexit opens the door for the very dangerous reality of a Corbyn-led administration in Number 10.

This would have serious ramifications for British business if what was said at the Labour Party Conference is to be believed.

As Corbyn has continually shifted the party left of Tony Blair’s ‘Things Can Only Get Better’ era, he has embraced many of the things that the old Labour party was synonymous with – most notably their love of taxes!

Labour’s annual conference took place in Liverpool from the morning of Sunday 23 September to Wednesday 26 September 2018.

No doubt there would have been cold-shivers coursing down the backs of many business owners across the country when Shadow Chancellor John McDonnell took to the stage to reveal his mad-cap idea, namely, giving employees shares and dividend payments in businesses with more than 250 workers.

Why should it matter to me?

It doesn’t matter if you’re a labour supporter or a conservative, SME owners up and down the country should be worried about this new Labour policy if they want to keep their businesses afloat.

In a nutshell, Labour’s Shadow Chancellor wants to force all these firms to give workers shares worth up to £500 a year each under what he calls ‘inclusive ownership funds’. SMEs would also be encouraged to set up voluntary funds.

It’s another nugget from the party’s socialist utopia, which is more like the mythical land of Oz where there is more going on behind the curtain than meets the eye. This means Firms would have to put 1% of their share into the fund every year up to a maximum of 10%.

And here’s the rub. The amount of share capital available to workers would be capped at £500 with the rest, estimated at £2.1 billion by the end of a five-year parliamentary term, to go to the Government to pay for public services and welfare.

This policy makes the Labour party richer, not the workers

It should actually be investigated under the trade description act because it doesn’t even look like share ownership!  Having equity in a business means owning a stake where the rewards can potentially be unlimited. By capping what workers can get means that the only thing that could be unlimited is the cash injection received by a Labour-run Treasury.

For example, energy firm Shell paid annual dividends of £12.1bn. If each of its 6,500 employees got 500 quid from the 10%  pot Labour want to force the company to create, that would total £3.25 million. That would leave a tasty, not-so-little, £1.16bn heading into the Labour government’s coffers.

It’s also worth noting that workers can’t sell their shares, so, if the business was put up for sale the employees’ slice of the company is not worth the paper it’s written on!

And for those who think the concept of so-called broadening ownership is a good ‘power to the people’ idea, it can fail spectacularly.  If a company has a bumper year and wants to pay a special dividend, the workers will miss out on the bigger payment given to other shareholders, such as the firm’s directors.

Essentially, Labour would turn workers into the second-class citizens, of whom they claim to be the champions!

It’s also another disincentive for entrepreneurs and those looking at establishing businesses in the UK. There will be business owners that are happy to share the wealth with their employees.  However, this crackpot idea doesn’t hand a stake to their workers, it creates a limited bonus scheme where the state gets a share instead.

Its nationalisation by the back door and should be kicked so far into the long grass that John McDonnell would need a periscope to find his way back to civilisation.

That said, could a maximum of five years of Corbyn be worse than the damage of five decades, or more, of Brexit? Food for thought….

Can sales and marketing ever REALLY make a united front? 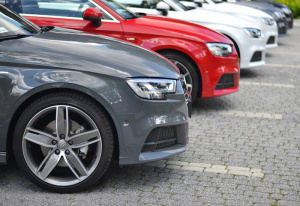 How will we be insuring the fleets of the future?