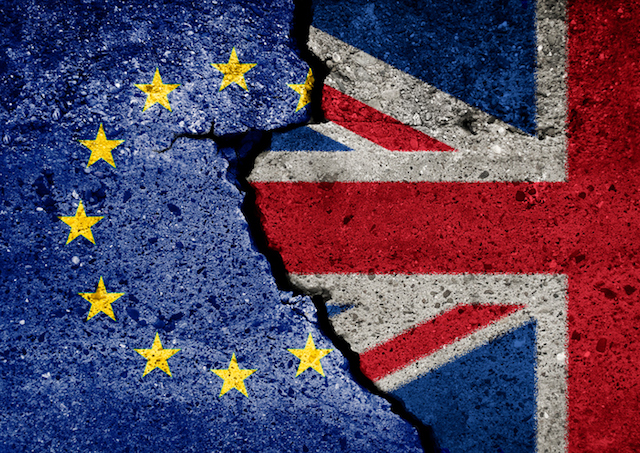 Share via
Thought we would be forever subjected to the whims of an indecisive Brexit government? Well, think again. Andrew Silverman, Head Of Engagement at political engagement charity My Life My Say says we don?t have to be. He and his team have launched a social inclusion unit (SIU) that, supported by research by The London School of Economics, and the city?s Mayor Sadiq Khan, helps young people get engaged about politics in the hope that they will lobby the government to make Brexit work for them. From the establishment of democracy cafes across the country to large-scale conferences, My Life My Say is wanting young people, armed with non-partisan political facts, to help influence the turgid Brexit government for the better. Top of the SIU?s list is promoting diversity and inclusion in the workplace, and in particular, helping businesses to integrate these policies into their daily logistics, and not as some add-on afterthought. Apart from giving businesses, government and the third sector advice about how to promote diversity and inclusion friendly goods and services, another by-product of the good the SIU is doing is that it?s helping SME owners up and down the land remain engaged with Brexit. Because ? by being empowered with political knowledge, businesses can better prepare for the Brexit outcome, and maybe, just protect the employees they need to in the process. Real Business sits down with Silverman and talks knowledge, and how it can be powerful stuff for young people entering the workforce and for business owners themselves.

How did My Life My Say come about?

We?re a non-partisan charity, that wants to empower young people around the world to engage in politics, and thus promote greater inclusion. ? Only a couple of years old, we hope that greater political engagement among young people will stimulate greater diversity and inclusion in the workforce, and will enable young people to have greater access to decision-makers to influence policy.

Why was the SIU launched?

It?s supported by the London mayor, and what?s important about it is that it will provide the means for businesses, public authorities, and third sector organisations to better understand how inclusion and diversity can work within what they do, and can actually bolster what they do. So for organisations that deliver products and services, they can learn how to hardwire diversity and inclusion initiatives into their everyday logistics from the very start. The idea is that diversity sits within inclusion, so allowing for greater inclusion across businesses will foster greater diversity along with it.

?The point is to bring this agenda into product and service design right at the beginning. An example of this could be when the government is designing a public building, they should make sure that the building is accessible to all people, and this consideration should be implemented at an initial design stage, it can?t be retrospectively added.?

? This process of ?inclusive thinking? can be applied across industries and to all businesses that provide goods and services. With everything that?s going on in British politics, it?s an interesting time to conceptualise how we want to design goods and services in the future, and, underpinned by the academic research we have at the SIU, we want to think about what kind of social and economic society we all want from the post-Brexit future.

Did Brexit have a big impact on the decision-making process involved in starting the charity?

Yes, definitely. My Life My Say is about giving people a voice and enabling them to understand political institutions and have better access to them. It?s created ways in which people?s voices can be heard, and to have those voices reflected back to politics and government. We have created democracy cafes around the country. It takes a very traditional approach to discussion and debate, where hundreds of years ago, in this country, people used to get together in coffee houses to discuss the politics of the day. We?re trying to bring that concept back for politically disenfranchised young people today.

What?s been the highlight of this initiative so far?

We?ve already drawn about 3,500 young people to these cafe events, and the greatest thing about them is that they?re not London centric. Taking place across the country, they give young people the opportunity to discuss elements of politics that they might otherwise have felt left out from, as politics is usually so Westminster focused. We?ve also convened 160 workshops and conferences across the UK, all of which are about getting more people involved and engaged in politics. ? We?re really proud of what we?re doing and we?ve already had some impact with the government, and won the UK Government National Democracy Award this year.

What other organisations do you work with?

We?ve worked with academic organisations to produce a series of reports. We?ve worked with The London School of Economics and published a report with them last year about perspectives and priorities regarding the Brexit negotiations.

“The idea behind all that we do, including the democracy cafes and academic research, is to bring forward greater political thinking that can help people get what they want out of the government during this tense political time.”

What do diversity and inclusion mean to your organisation?

What we?re about is increasing democratic participation and that lends itself directly to diversity. Society today is diverse in terms of people?s backgrounds and interests. We want to make sure that the diverse society we have has greater access to decision makers and policy makers.

?We want to make sure people understand how they can take part in the democratic process while making sure these institutions can reach a more diverse range of people too.?

How do you try to support young people to become politically engaged despite the absence of facts about Brexit?

What we do have is the ability to reflect young people?s thoughts back into government, ? and that?s where the decisions are being made. Back in May, we launched the Common Futures Forum with the support of Sadiq Khan. This was brought together to enable young people from across the UK to find the means of expressing their thoughts. We are holding a Common Futures Forum conference in London soon, and we?ll be bringing people together across the UK and Europe, including speakers, to think about what the new economy, new politics and new approach to community life will be following March 2019. We?re creating an institution there, and its purpose is to create a dialogue about these issues that can be reflected back into the political system. Giving its timing around what?s happening with Brexit, we?re hopeful that it can have a lot of positive political traction. ? In short, we want to stimulate a pro-active and re-active political process in place of a political system that has failed to listen to young people for so long.

“With our initiatives, we hope young people, who, informed with knowledge, can better influence the government.”

Most importantly, they should do this to ensure they tell them what they want post-Brexit Britain to look like in terms of community and economy.

Should SME owners be paying greater attention to the Brexit process?

Whilst it?s understandable that many SME owners, like the rest of us, are sick and tired of the sensationalist Brexit news that often doesn?t include any cold-hard policies, they still need to be aware of what?s being discussed at the moment. As a business owner, it?s important to be in touch with your credible representatives and ensure your voice is heard as a business, you can do this through The Federation of Small Businesses or The Forum for Private Business.

“Whether that?s talking to your local MP or through some other way, small business owners must make sure their voices are heard and their needs are understood.”

This is especially important for SME owners, whose businesses make up the economic foundation of this country, and who employ many people in the UK. Also, more young people are starting their own businesses than ever before, so the idea that SME owners need to be engaged in politics is increasingly important.

What about SME owners who employ EU nationals?

One of the key things to be proactive. Talk to your MPs and ensure your voice is heard, make sure no opportunity is missed. We think business owners should follow what our young people are doing. They should get clued-up empowered about British politics, and tell the government about what kind of economy and community they want post-Brexit. Is there is a ?change of attitude? taking place about how we design and offer goods and services? At the moment thinking is going on about how vehicles will be fuelled in the future, in terms of reducing fossil fuel emissions.

?The same goes for diversity and inclusion goals, we are all increasingly thinking about implementing changes as a reaction to what?s occurring in our world, both politically, socially ? and economically. I think there is genuine sentiment across all industries to design goods and services that suit our current society ? and our needs.?

For us personally, the city tech hub Plexal is our first partner working on the diversity and inclusion project. In particular, we want to find out how the tech industry can accelerate greater inclusion from the employee talent pool. This is just the beginning for us on the diversity and inclusion agenda. Overall, we need to look at the society we?re living in, and design goods and services that fulfill that criteria, namely supporting an increasingly diverse society. Andrew Silverman is Head of Engagement at my Life My Say.