Skip to content
HR & Management
Share via
Online job site CV-Library crunched the data, revealing that Brighton, Edinburgh and Hull led the way during a month that saw 1.9 per cent year-on-year nationwide growth. That figure was 0.1 per cent above the current national inflation rate, of 1.8 per cent, with industries such as automotive (+9.1 per cent), property (+8.7 per cent and manufacturing (+7.7 per cent) leading the way. Lee Biggins, founder and MD of CV-Library, said of the statistics: “It’s fantastic to witness the job market growing at such an impressive rate year-on-year. With businesses keen to attract only the best candidates to roles, it’s positive to see that companies across the UK are pushing salaries up in order to offer competitive pay packages to talented recruits. “With more and more organisations putting out job adverts, competition to attract skilled workers is fierce. The offering of strong pay packages is clearly one tactic that companies are using in an effort to stay one step ahead of competition.”

However, whilst the likes of Brighton led a strong nationwide salary rate growth, CV-Library also found that applications dropped by 8.2 per cent year-on-year. This demonstrated, the company said, that despite the rise in salary and job offerings year-on-year, candidate appetite is not keeping pace. The top cities for job positive increases were Portsmouth (21.9 per cent), Glasgow (20.8 per cent) and Manchester (11.6 per cent). And, despite its perception as the business capital of the UK, London failed to make the top ten list for salary growth or job posting increases. In fact, salaries in the capital were down by 1.1 per cent and applications dipped by 3.8 per cent. Looking at the trends, Biggins added: “It’s unsurprising to see application rates dropping off after January. The mantra of ‘New Year, new me’ means that January is traditionally one of the busiest periods for recruiters, with job applications vastly increasing. “The challenge for businesses now is to tap into this talent pool while it’s still available. As a result, we’re seeing increasingly fierce activity from companies, with job postings and salaries on the rise. All this bodes well for the candidates out there looking for their next move, with companies keen to bring in the best talent.” Real Business recently looked at some of the most creative ways to embrace the recruitment process. In our examination, we heard about throwing potential hires into the office from the very get go. According to Erin O’Brien from entertainment company Gram Games, most candidates don’t normally expect to get a behind-the-scenes-glimpse. However, this subtle tweak has worked well for the company, ensuring potential staff gain trust in colleagues early on. This method is most likely to foster a sense of loyalty – and eradicate the possibility of graduate gazumping. 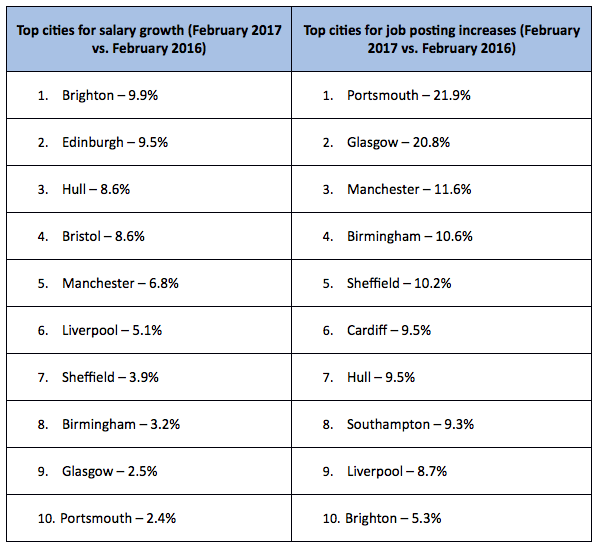