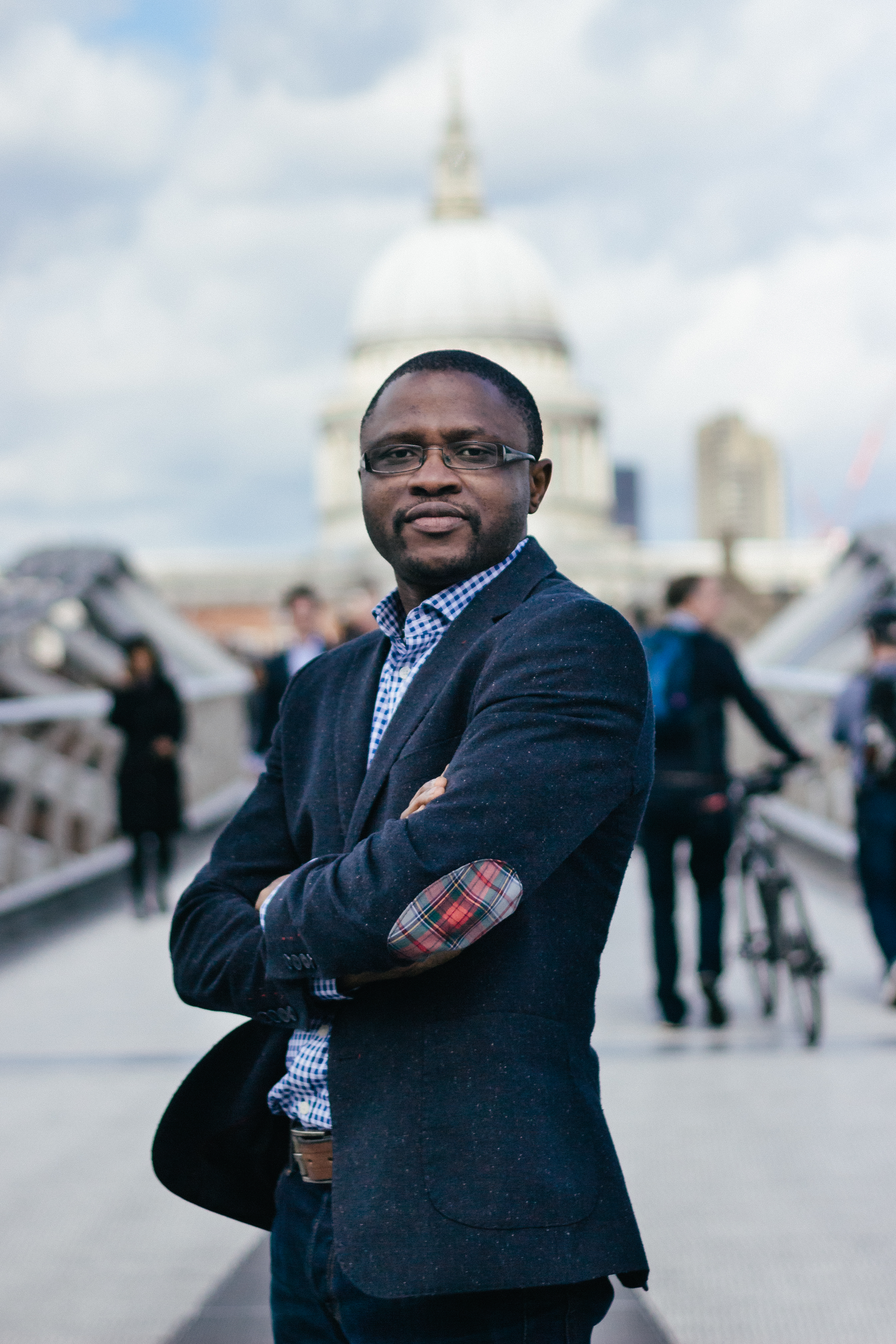 Dotun Olowoporoku left his native Nigeria to do a PhD in Environmental Science and Policy at the University of the West of England – a dream for many people who aspire to study abroad and benefit from the ‘developed’ West. However, when he got here, the itch to improve – and start something new – took over.

After finishing his studies, Olowoporoku became a post-doctorate research fellow at the University of Bristol – struggling as he to find a job environmental consultancy during the worst periods of the recession. Meanwhile – he took out a second job to cover his mortgage, as a delivery driver for restaurants. To his surprise, he discovered the businesses using him as a driver were paying more for deliveries than the order was worth – they were losing money out of every order. There seemed to be room for a service that could create the logistics platform for delivery that restaurants wanted i.e. the thing which costed these businesses money – and an idea began to snowball from there.  “I’d see a very posh, nice restaurant who don’t do deliveries because it’s not worth setting up this delivery structure,” he explains. “And it just occurred to me that there are lots of restaurants in Bristol that could benefit from this service.”  Olowoporoku created meals.co.uk to provide this platform, and launched in Bristol. He set up a platform from which consumers could order meals and drivers could then accept the job if they were free. Drivers aren’t hired by Olowoporoku: they sign up to join the platform – in the same way private car hire apps like Hailo and Uber don’t actually employ drivers but provide an app which facilitates interaction between consumers and businesses and take a comission. In meals.co.uk, they get revenue from the restaurant with every sale. At first he thought it up as a consumer business, in which customers open the website or app and order food from their affiliated restaurants, similar (if not identical) to Just Eat UK.  However, making the switch to having also a B2B face seemed natural: first-of-all, it meant expansion would be easier as it doesn’t require a physical presence in the city – simply an overview of the app and stepping in during any disputes.  Second, the more immediate demand from restaurants was for a service which would enable them to communicate with a large and flexible fleet of delivery drivers – something the web-based service can do easily. So Olowoporoku thinks of meals.co.uk as a ‘logistics’ company, rather than a delivery company. Despite his success – 200% growth over the previous year, 50% reengagement after using the app, launching in Bath and most recently in London – Olowoporoku doesn’t consider himself an entrepreneur. “In Nigeria, we don’t really have the same classification as the UK. No-one is really known as an entrepreneur and I [still] wouldn’t call myself one.” Olowoporoku’s explains this comes entrepreneurism being a way of life in Nigeria, rather than a profession one trains in (he laments the lack of infrastructure for entrepreneurs there). In Nigeria and Africa generally – even during European occupation – trading between families, villages and nomadic groups has given them a sense for taking the initiative and selling – as well as giving them the perception that there is nothing to lose. He remembers that this was the spirit of growing up – the want to build things. “If you go to a village you will see almost every household has got an entrepreneur in one shape or form of the other. My grandmother still sells something even though she doesn’t need the money to live – but that’s what she only grew up to do. You don’t work for somebody, you create something. “It’s a default position,” he summarises. When he came to Britain, however, he was shocked to find contrasting attitudes here to what he’d known – to see what he perceived was the risk aversive nature of its entrepreneurs.  “Even investors here see that they have more to lose if they start a business,” he says. “However, I think mobile technology is changing things. My gut feeling is that there has been change: going by the number of businesses that have been coming up in the UK in the past few years and doing well, and some even going to America.” Despite this optimism, Olowoporoku sees himself bowing out of meals.co.uk – and leaving the UK – once he feels it’s been a success. For him the joy is in building something. If he gets this chance he hopes to build something that creates an infrastructure for startups in Nigeria, which he didn’t have growing up – and linking them to the UK. He says: “Think about it: 150 million people: 40 million people [of those] have access to a computer and more to mobile phones to access the internet. Plus the information they can access on Twitter and Facebook. Imagine the amount of businesses could come out of that. […] My heart will always be in Nigeria.”