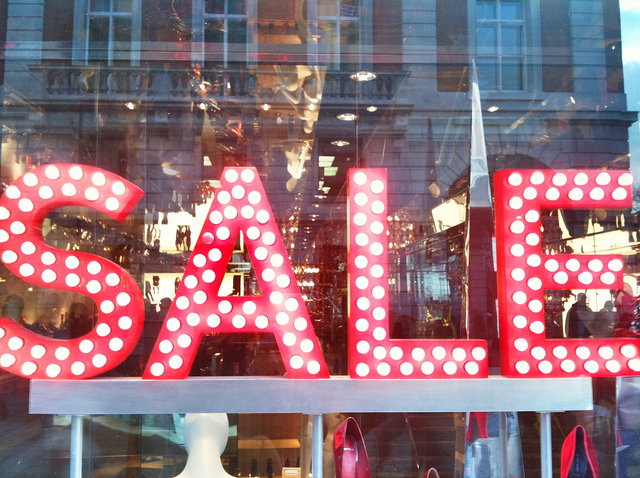 The last time Britain saw a drop in the Consumer Price Index (CPI) was when Harold Macmillan was prime minister. The CPI, based on data from the Office for National Statistics (ONS), revealed that the cost of living had dropped to -0.1 per cent. This is a record low since the CPI series begun in 1996.

However, upon further experimentation, the ONS is convinced that the last time the CPI was this far into negative territory was in March 1960. Prices have been on the brink of deflation for a few months now. This is partially due to plummeting oil prices, the strength of the sterling lowering import prices and the ever-present discount war between supermarkets. The largest contribution came from transport services ? “notably air and sea fares, with the timing of Easter this year a likely factor”, the ONS said. The problem is that the UK isn’t the only one. The oil shock is pushing inflation down in many importing economies, and prices are steadily falling in the eurozone. Switzerland, for example, is also in deflation. It spells bad news because prices in the eurozone are rising more slowly than they are in the UK, which means the single currency area is at greater risk of falling into the kind of ?bad? deflation. Read more about deflation in Europe: What they do know, however, is that it won’t last long. Like a magic trick, if you blink then you’ll miss it. The period of deflation in 1960 was brief, and it is expected to be the same this time around as well. Samuel Tombs of consultancy Capital Economics said: “Deflation is likely to be for one month only. The recent rebound in oil prices and stability of global food prices indicates that the negative contribution to inflation from energy and food prices will fade over the coming months.” Many believe that unless the cost of oil prices falls once more, inflation will start to pick up again. This was echoed by Bank of England’s Mark Carney, who was convinced that prices would soon be rising.

John Allan, national FSB chairman, stands by Carney, suggesting that the Bank of England has been right to keep the economy stable with low interest rates and should continue this approach for the foreseeable future. “This will encourage business to make the investments in machinery, IT and staff training needed to address the UK?s ongoing productivity gap,? he said.

Britain was also predicted to fall into deflation last month but managed to retain the annual rate of price rises at zero. According to economist Howard Archer at IHS Global Insight, the “firming in oil prices” means that there is now a good chance that the UK will end up dodging bad deflation. There is another reason why deflation doesn’t seem as hard a hitting as it would have in the Victorian era: our ?1.47tn debt. If deflation persisted in Britain, the Treasury could follow the example of the Swiss and Danish governments by issuing bonds at negative interest rates.

Furthermore, Charlotte Nelson, a finance expert at Moneyfacts.co.uk, raises a crucial observation. While the low inflation rate is still being celebrated by those who can see their cash going further, “savers looking to supplement their income are struggling with not only a lack of choice but abysmal savings rates”.

The withdrawal of the NS&I Pensioner Bonds sees the “only decent rates” removed from the market.

Most analysts have claimed that deflation isn’t necessarily a bad thing.

Elissa Bayer, senior investment director at Investec Wealth & Investment, said: ?Interesting that it is the fall in fares that tipped it over, as coming up to the holiday season that could be seen as a bonus. It puts off interest rate changes even further and is likely to be seen as a boost, even if short lived. The government is under pressure to come up with figures now as to where spending cuts will bite and how big projects like the NHS will be funded. Deflation is not a negative for all this.? However, Carney has suggested that he expects inflation to “temporarily turn negative” in the near term. He has also said that returning inflation to the two per cent target would require “limited and gradual increases in the rate of interest over the course of the next three years”. By Shan? Schutte