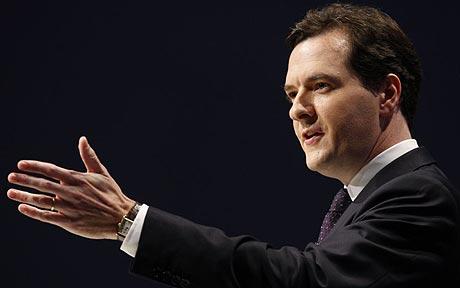 Although Britain is “on the path to prosperity”, Osborne also warned that the recovery could be slowed by demands for higher taxes and price controls.

Giving a keynote speech at the Telegraph’s Festival of Business, held in London yesterday, Osborne said:  “If there is a domestic risk to the recovery, it’s the debate that’s opening up where people are saying, ‘We must tax more, put controls on labour markets, introduce fixed prices’. That would send disastrous signals to the rest of the world. It would be a catastrophe for the recovery and employment in this country.” The Chancellor was upbeat about the recovery overall, however. He said: “We are on the path to prosperity, we’ve got the fundamentals right and we’ve got an economic plan that is delivering what many countries would crave – which is certainty, predictability and competitiveness.” His positive attitude to the recovery was echoed by attendees of the Festival of Business. In a live poll of the 450 SME delegates, 82 per cent said they have “more confidence in the economy this year than last”. Seventy per cent also said they were more assured about the prospects for their own businesses. Last month, it was announced that Britain’s economy was picking up more speed, growing at its fastest pace in more than three years. With GDP rising by 0.8 per cent between July and September, Britain has become one the developed world’s fastest-growing economies, with an annualised growth rate of over 3 per cent.