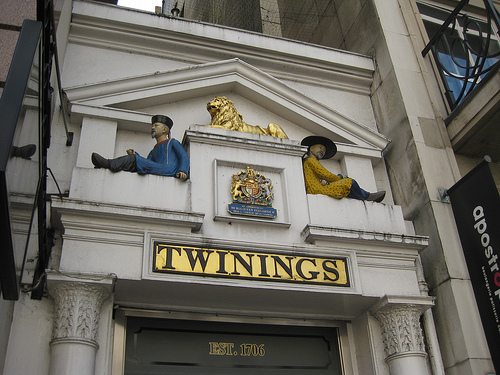 Share via
Some brands are just synonymous with Britain. There are countless famous British brands that have been around forever. From car manufacturing to luxury fashion and confectionary products, here are eight of Britain’s oldest brands still successfully operating and making millions.

Everyone loves a good brew, and everyone has heard of Twinings – they’re one of the most famous British brands ever. Established in 1706 by tea merchant Thomas Twining, the brand holds the world’s oldest continually-used commercial logo created in 1787. Thomas Twining also opened Britain’s first known tea room at No. 216 Strand, London in 1706, a shop that is still operational today. In 1964, the tea manufacturing company was bought by the Associated British Foods, and is now one of the most sough-after tea brands in the world. Image Source