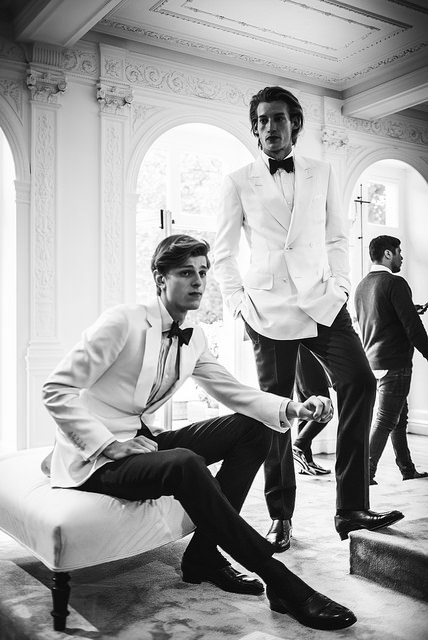 Share via
Wang once said that ?Britain’s advantage lies in the so-called soft-power, which is defined as the ability to get what you want through attraction rather than through coercion and cultural heritage is a key part of that.?

It’s hard to argue that Dunhill isn’t the embodiment of a heritage brand. Read more about companies set on using their British heritage: Having trained as an apprentice craftsman within his father’s equestrian saddlery and harness making business in 1983, a 21 year old Alfred Dunhill inherited the enterprise. It is said that he had such a passion for good craftsmanship that ?it became something of a religion to him?. Dunhill quickly set about making some changes and he soon transformed his father’s original business into a supplier of accessories for the new age of the motor car. But his pioneering spirit saw him develop a global company easily recognisable in the luxury market today, reaching into the business of making suits, bags and even pipes. When Chinese delegates entered the London store they were already very familiar with the company. Read more about the GREAT Festival of Creativity: Dunhill had opened its first Chinese store some 23 years ago and now sports over 100 outlets across mainland China. But despite the change of country, the brand sticks to what it knows. You’ll find the same things scattered around a store in the UK in China as well, using ‘British gentleman’ for their marketing campaigns instead of famous Chinese talent. In a telegraph article, Huang Rykiel, senior marketing manager at Alfred Dunhill China, said: ?With some things you just have to insist, this is our strategy and we’re not going to change it. Chinese ambassadors would give instant recognition, but it would dilute the brand identity.? He added: ?It’s been really successful in the Chinese market.? In other words, its ‘Made in Britain’ label and value on tradition makes it so successful. ?Dunhill has been a sleeping giant and what we need to do is articulate what it is to the world ? the traditional British man,? said creative director John Ray. ?He drives his own car, he doesn’t sit in the back with a driver. He carries his own bags. The attitude is more active.?

Image source Needless to say, many Brits have likened this portrayal to icon James Bond. Ray agreed that it certainly seems to be the direction in which the brand is going. That certainly wouldn’t be a problem to the Chinese market. According to a Warwick Business School survey conducted in Shanghai and Beijing, it was found that movies such as James Bond had a huge influence on the Chinese perception of Britishness. Another reason behind its success, the company suggested, was the series of retail emporiums for men that Dunhill built across the world. Referred to as ‘homes’, there are but four, two of which are situated in China.? Alfred Dunhill’s homes, much like the Bourdon House in Mayfair that was seen by the delegates, blend product and materials in a relaxed retail environment, putting the focus firmly on the creative mix with experiences such as a whisky bar, screening room, barbers and cafe. The aim behind them is to ?allow the customer to live the brand? and was ?committed to advancing the pursuit of male indulgence?. After purchase, customer data is used to inform and fire an integrated, video-heavy BTL communications strategy comprising social, email, direct mail and events, which are all, in themselves, pieces of the brand. You don’t have to be in a buying mood for the brand to want to interact – in being there for the relationship. When it’s time to buy, the brand is right there – something the company suggested was a big hit in China. By Shan? Schutte