The 2013 shortlist for “Private Company FD of the Year” features outstanding finance leaders from some seriously high-performance, unquoted UK firms. You can meet these, and many other top UK FDs, at the FDs’ Excellence Awards on May 9, 2013.

Jeanette Barrowcliffe is finance director of Meridian Business Support, the £108m-turnover recruitment business. Described as “a natural leader” and “fair and ethical”, she has an industry-wide profile and is unafraid to challenge the recruitment sector on key issues. Among many recent achievements, she has consolidated Meridian’s IT infrastructure into one platform, saving an estimated £400,000 over five years. She has also standardised telephone systems, making further savings; and has decisively right-sized the group’s debt collection business. Her contributions have been recognised in both internal and external awards.

Richard Gibson is CFO at SwiftKey, joining the keyboard technology start-up in its infancy and providing financial leadership and experience through its growth phase. Today the £5.2m-turnover firm has 85 employees and is closing valuable international deals with the world’s leading smartphone and tablet manufacturers. “In addition to his technical skills and specific experience in private equity [SwiftKey is backed by Octopus Investments], Richard understands the very different needs of a very young, rapidly expanding business,” says chairman Mark Paterson. “He has an ability to engage across all stakeholders, in particular with all staff, the board and investors”.

As a senior member of the management team, finance director Mark Harrison has played a key role in the growth of City and County Healthcare (CCL). Over the past four years, thr group has made 13 acquisitions so that it is today the UK’s fourth-largest care home group. Mark led the due diligence in all acquisitions and has overseen ebitda growth to £13m in the past year. He has also ensured successful integration and standardisation of key systems. “On a personal note,” says CEO Craig Rushton, “his advice, energy and humour have been invaluable and I value his concise and intelligent analysis.”

Group finance director Arif Kamal has risen through the ranks at London-based property consultancy GL Hearn since he started as financial controller in 1997. Since appointment to the board in 2003, the business has grown significantly to £19.9m turnover in 2012. Managing director Brian Sloggett describes Arif as “an integral part of the growth and success of the business.” He’s also praised for his ambassadorial role, and has been a non-executive director within the NHS since 2010. His nomination was widely supported, with praise for his listening skills, in particular. “People approach him with any issues or problems,” says Arif’s HSBC relationship manager. “In his view, there is nothing that cannot be sorted.”

Andy Preece is “a one-off”, says William Rogers, CEO of the commercial radio group UKRD. “Clearly he is a consummate professional (that’s a given!), but it’s his passion, loyalty, enthusiasm and commitment to our business and its people, as well as a decency that surfaces every day in interaction with others, that sets him apart.” Among his cited achievements was the restructuring of the business following the 2009 hostile takeover of a rival radio group, which was delivered ahead of time and below budget. The deal transformed a loss-making business into a net contributor within 12 months.

Across fund-raising, Basel II sign-off and debt management, LeasePlan finance director David Stickland has delivered outstanding results in a challenging economy over the past five years. In April 2012, LeasePlan UK completed an industry-leading £582m securitisation, which put the business on a firm footing for growth. After a complex process and 18 months of work, he oversaw the achieve of the advanced Basel II methodology rating for a small fleet. And, through a stormy economy, he has dramatically reduced LeasePlan’s debt. “David is a great operator,” says MD David Brennan, “and perhaps less usual for the CFO, he is also an excellent forward-thinking strategist.”

FDs’ Excellence Awards 2013: to celebrate these and other leading finance directors, why not join us at the 2013 FDs’ Excellence Awards, in association with ICAEW, on May 9, 2013? We’ll be recognising top FTSE finance directors as well as service providers to the finance community. The evening is hosted by ICAEW CEO Michael Izza and CBI director-general John Cridland, and compered by the incomparable accountant-turned-comedian Fred Macaulay. 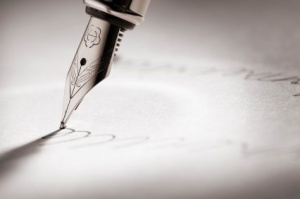 The Diary of George Osborne age 41 ¾ 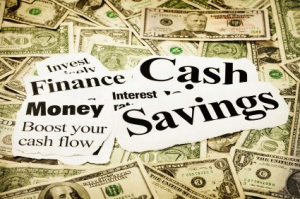