The six finalists for the 2013 “Young FD of the Year” award blew the judges away with their exceptional quality. Any of them, said the judges, could have won this prestigious award, presented with Lloyds Banking Group. One judge said: “every candidate is agreat role model who goes above and beyond the finance function.” The winners will be announced on May 9 at the FDs’ Excellence Awards. For now, here’s a flavour of the contenders:

Two sets of numbers say it all about Matt Benham‘s contribution to the “winter risk management” business Gritit: while turnover has grown from £3.2m in 2009 to £11m in the latest year, the cost of finance has been reduced by more than 50 per cent. Since arriving in 2010, Matt has shown “real enthusiasm” for the business, says MD Nikki Singh-Barmi, including regular time out on the tools with operators. This acutely seasonal business, which effectively trades for only five months a year, requires exceptional planning, forecasting and management. The unpredictability of winter weather means that multiple scenarios must be planned for and, says co-founder Jason Petsch, Gritit has certainly found its man for all seasons.

Home healthcare is a powerful new force in the UK, and Medco is one of the leading providers. Involved in all aspects of the business, from management to operators, is CFO Ruairidh Cameron. The nominee himself rates his key contributions as: reducing cash tied up in working capital; improving processes and the quality of management information. His CEO, Abid Karim, goes much further: “Ruairidh has been a revelation for Medco. He has driven a culture of detail, measurement, quality and accuracy, which has enabled the business to expand significantly in 2012 and has prepared the foundation for future success.”

At the heart of the growth of President Engineering in recent years has been finance director Marie Cooper. Identified quickly as a high flier by incoming MD Mark Henley, Marie played a central role in the 2010 MBO (despite reservations about her tender age from banks and investors) and the subsequent acquisition of Bretby Gammatech in November 2012; profitability has grown by more than 20 per cent since. Today, this young FD is involved in every aspect of the business, has personally led the development of a truly collaborative culture at the Sheffield-based firm, and is actively involved in the local business community.

Peter Goodfellow faced a huge challenge when he joined Japaninvest from BDO: the company was in the early stages of a turnaround, with substantial creditor balances; was listed on the Tokyo Stock Exchanbe but headquartered in London, and had recently entered an alliance with the French global investment bank, Societe Generale. This was a truly global small company! In the wake of the Lehman Brothers collapse, Pete walked into “something of a war zone”, says then CEO and vice-chairman Rupert Eastwood. He led from the front and has overseen doubling of revenues from 2010–2012, and has revolutionised management information at this equity research business. Says Japaninvest chairman Julie Craddock: “His attention to detail is superb, while at the same time being able to provide a coherent big-picture view across any aspect of the business”.

Arriving at General Healthcare Group at a challenging time for the sector and wider economy, CFO Craig Lovelace has led from the front. Three achievements stand out: a successful (10x ebitda) disposal of a subsidiary; significant improvement in board-level information and reporting (including a hideously complex year-end in September 2012); and, again, a real uplift in reporting and relationships with BMI key stakeholders – ie, the bank and pension trustees. He’s reduced costs, while also being sensitive to the impact, and is praised for his energy, as well as his communication and influencing skills.

Giles Webster joined the 107-year-old Benenden Healthcare Society at a time of great change, as the mutual was making the case to open its membership to the wider public (beyond just public-sector employees). Two-and-a-half years on, the rebranded benenden health has achieved this open eligibility, paving the way for new product development and future growth. Giles was instrumental in making the case for open eligibility, and has also delivering a cost and efficiency programme across the group, as well as introducing a fully integrated performance management framework across the business. The judges were struck by his understated presence and charisma that has, clearly, been a vital dimension in the management team.

FDs’ Excellence Awards 2013: to celebrate these and other leading finance directors, why not join us at the 2013 FDs’ Excellence Awards, in association with ICAEW, on May 9, 2013? We’ll be recognising top FTSE finance directors as well as service providers to the finance community. The evening is hosted by ICAEW CEO Michael Izza and CBI director-general John Cridland, and compered by the incomparable accountant-turned-comedian Fred Macaulay. 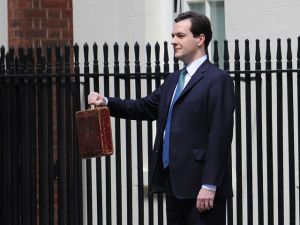 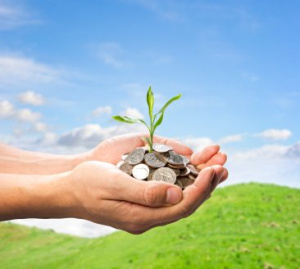 SEIS: The world’s most generous scheme for investors and businesses?