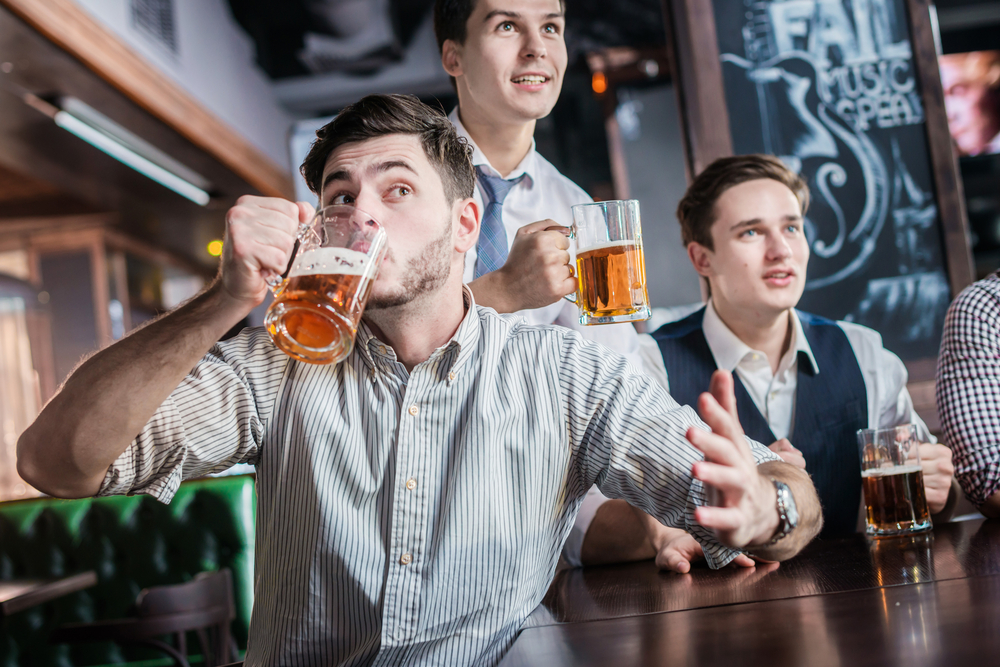 Health insurance specialist Willis PMI is behind the research, which found 17 per cent of 18-34 year olds have admitted to going to work with a hangover, which falls to five per cent for those aged 35-64.

The result of going to work feeling the after effects of boozing has caused employees to have lower productivity levels at least 30 times over the past year. Taking age out of the equation, 28 per cent of all staff members have worked with a hangover and men are more likely to do so at 35 per cent, compared to 18 per cent of women. As for whether it’s a regular habit, 11 per cent of males said yes, which fell to four per cent for females. “The health dangers of excessive alcohol consumption, from organ damage to a weakening of the body’s immune system, have been well publicised, but the impact of lost productivity to UK plc is often overlooked,” said Mike Blake, director at Willis PMI Group. Apparently it’s the bosses who have to take some share of the responsibility though. Some 26 per cent of 18-34 year olds said their employer contributes to “unhealthy levels of drinking among staff”. Elsewhere, just 16 per cent of workers said alcohol-based health advice is supplied by employers.

Blake continued: “This study reveals binge drinking is costing British business dear and fires a warning shot across the bows of managers and HR departments. Employers would be wise to address the issue by reviewing their workplace culture and conditions to ensure they’re not inadvertently stoking the flames of alcohol misuse.

“If businesses take steps to identify whether or not alcohol is causing a problem to their employees’ health and to business productivity they can then train managers, where necessary, to recognise problems and pinpoint trends.” He conceded that cracking down on employee drinking habits would be “challenging”, but recommended guidance as part of a company health and wellbeing strategy. Looking at older workers, the study revealed just one per cent of 55-64 year olds work with a hangover regularly and 90 per cent said they never do so. “Support and interventions, such as EAP (Employee Assistance Programme) services, can help employees with alcohol-related problems,” concluded Blake.