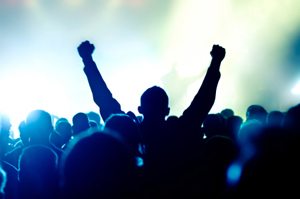 This good news is being matched with action, job creation, and investment in fixed assets being reported by Britain’s mid-market firms.

The research is based on responses by 459 CEOs, MDs and owners of largely mid market businesses conducted in September 2013 by Vistage, the world’s leading CEO organisation. Key findings from the Vistage Mid-Market Confidence Index include: Steve Gilroy, CEO of Vistage, said: ?These figures show the recent blossoming of confidence amongst Britain’s mid-market businesses, and are matched by my own conversations with dozens of CEOs and business owners in recent weeks at Vistage events around the UK. Mid-market business owners are reporting that they are investing again; they are recruiting; and many already have buoyant order books that they are now tooling up to deliver.” “Britain’s mid-market businesses are key to the country’s prosperity, a skilled workforce and a balanced economy. Vistage’s latest research shows them to be very confident about the recovery and their prospects, leading them to invest strongly in capital assets and creating jobs. It is a very dramatic turn-around since the start of the year, and they are very much looking to 2014 being a good year. “Oddly, despite their importance to the UK economy, these businesses are virtually ignored by policy-makers and commentators. The recent political party conferences were a case in point – lots of rhetoric about start-ups, small businesses and footloose multinationals, but nothing about helping our all-important mid-market businesses.” By Shan? Schutte