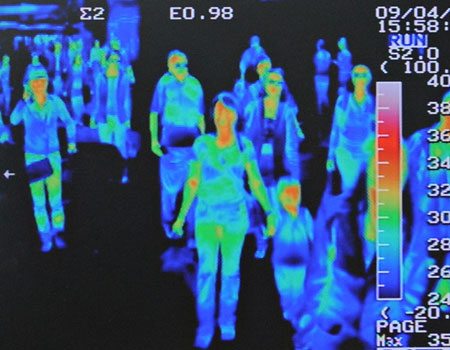 Before we’ll get anywhere turning around Britain, we need to recognise three things:

The extended life of the old economy

First, how can anyone claim that the UK is still working to a post-war model when change is around us all the time? Well, yes, of, course change is all around us. But does that mean that the UK is in the sleek, nimble, hyper-productive shape that it needs to be to withstand a global economic downturn; to compete with the highly productive emerging economies of Asia, Latin America and perhaps in the future Africa; and to restructure itself around digital, flexible working practices? Here, unfortunately, the answer must surely be no. Or,at least, not yet. Here are some examples of the ways in which Britain has not updated itself from a post-war economic structure: First, and despite all that we know about the need to change the world of work; despite the predictions of management guru Charles Handy in the 1990s that “before very long, having a proper job inside an organisation will be a minority occupation” – despite all that, 80 per cent of workers are still on permanent contracts, very similar to the post war era. What of the entrepreneurial revolution, you might say? Surely the mass popularity of TV programmes such as Dragons’ Den and The Apprentice show that Britain has rediscovered the pioneering entrepreneurial spirit of the industrial revolution and – controversial point – the imperial era? Sadly, the facts do not, sadly, support this. If you look at UK business birth rates (the number of start up companies created in Britain each year) ? okay, this is a single, crude measure, but it is surely more scientific than simply believing the hype around a couple of reality TV shows – you will find them pretty flat over a long period of time: somewhere between ten and, in a very good year, 13 per cent of overall enterprise numbers. Yes, there is the odd spike, but in 2010 there were in fact 1,000 fewer start-ups launched in the UK than in 2009. Compare that with America where, according to one piece of research in 2000, 13 per cent of all workers (excluding agricultural workers) regard themselves as ?business owners?, then you see that entrepreneurial vigour is rather skin deep in the UK. There are lots of other ways in which our economy appears still to be built on traditional, sluggish foundations. Is it not mind boggling that there are still thousands of high-street banks conducting business when this kind of legacy, expensive, property-based model has surely been rendered obsolete by the Internet? Why haven’t we, as a country, committed to universal high-speed broadband? Finally, a very significant point: the UK is, in my observation, still built on the idea that a relatively small number of people need to work in order to keep the wheels turning and the tax revenues coming in.  It is a startling fact that, in the 16-64 age group (in other words, our adult population in their prime) there are a staggering 9.29m people who are officially counted as “economically inactive”. This is an ONS figure. The definition is: “economically inactive people are not in employment but do not meet the internationally accepted definition of unemployed because they have not been seeking work within the last four weeks and/or they are unable to start work within the next two weeks”. That’s 23.1 per cent of the 16-64 age group! The number of unemployed people sits on top of this number.  Now, it’s important to recognise that, within this 9.29m, there are many schoolchildren, students and parents doing the incredibly important social role of bringing up their own children. But think about it another way: in a country heading towards a population of 70m, we are relying on 29m people to conduct our economic activity. Why is there is so little public awareness of the economic inactivity of close to 10m people in prime working age in the UK?

It’s my view that we need to declare a state of national economic emergency to tackle some of these issues, and to boost the glaringly sluggish UK economic performance. This section is more upbeat. First, a clarification: Britain does not need to ditch its traditions. In fact, many of our traditions are a source of real national competitive advantage. Why do the world’s mega-rich, tourists, mobile business class flock to the UK? Because they enjoy the combination of the traditional and the modem. They like our stable political, tax and legal systems. They like our unchanging countryside, our West End theatres, our pubs, our fabulous architecture, our heritage overall. No, Britain, its current working population, and those entering the workforce, must collectively rediscover our spirit of enterprise. We must be honest and confront those structural, working and socio-psychological flaws, and set about building a renewed, revitalised, prosperous, growing economy that’s in tune with the incredible demographic and technological changes that are sweeping the world. It’s not easy to do this overnight. Right now, the political and social costs of letting outdated businesses go the wall are too high. The recent RBS refinancing of Thomas Cook can be seen in this light: a business whose model has been found out by digital technology, but which continues to employ thousands of people and keep the life in our high streets. The same is clearly true of the Royal Mail, which this week announced plans to lift the price of a second-class stamp to 55p, in a desperate bid to remain above water. But everywhere changes are seeping through. While I was chairing an event at the British Library recently (part of its important ?Inspiring Entrepreneurs? series), an entrepreneur held up his hand to ask a question. He had just started a business called Storemates, a brilliantlly conceived new, social media-powered business that enables you to find spare loft space in your neighbourhood to store your excess stuff; or indeed to earn a few quid a month by storing other people’s boxes in your spare bedroom. This simple idea could change the face of the traditional storage business, and undermine all those self-storage companies that operate on the edges of our towns. There are lots of such new businesses emerging built on what’s called ?collaborative consumption?: rent out your house while you’re away on holiday and turn it into a hotel for two weeks (Airbnb; Onefinestay); rent out your car when you’re not using it (Easycar). These are small, but important, examples of Britain getting smart again. Our public-sector organisation, universities etc could get a heck of a lot more business-savvy by commercialising their estates, for example, while lecture halls lie unused outside of term time!  We cannot afford not to start thinking more innovatively and entrepreneurially about our resources. And here’s the thing: the UK is, in many ways, superbly positioned for when the global economy picks up. We are at the axis of west and east. We speak the world’s language. We have ? this is former CBI director-general Sir Richard Lambert’s analysis ? positive demographics, a large and open market, and have pretty strong – not strong enough, mind – “human capital”, ie, the talent and brainpower of our people. We must just get a bit of our national vim back. And we are all going to have to start acting a bit more entrepreneurially.

If everyone in Britain were 20 per cent more enterprising…

Quick clarification: I am not suggesting that everyone needs to set up their own business and set off on some Lord Sugar journey. As Tim Waterstone, the founder of Waterstones, brilliantly and regularly says, it takes a certain kind of stubborn, thick-skinned, obsessive personality to withstand the sometimes brutal experiences that business owners will inevitably go through. But if everyone in Britain set themselves the target of being 20 per cent more enterprising, we could transform our economic destiny at a stroke. I’ve met and interviewed  hundreds of business owners, more perhaps than any other British journalist. I’ve tried, in vain, to exchange small talk with the Microsoft founder Bill gates. (He really doesn’t do small talk!) I’ve felt the cold chill of fear on the Amstrad executive floor on a day when Sir Alan Sugar was in a bad mood. I’ve witnessed the sheer physical, charismatic power of Sir Philip Green, at first hand. I’ve sat on the floor of Sir James Dyson’s Chelsea home as he painstakingly and lovingly explained the technical wizardry of one of his early Dysons.  I’ve been caught up in the rock-star excitement that built up before lastminute.com founders Martha Lane Fox and Brent Hoberman entered the room, in the early dotcom days. Today I hear frequently the almost Messianic zeal of the new online entrepreneurs who passionately believe that social media, by upending the old command-and -ontrol models, can transform not just business, but politics, society, everything. On a national scale, too, we need a renaissance of entrepreneurialism and innovation. Too many of our large organisations are unwieldy and ineffective. They are not generating lots of jobs; in fact, they increasingly do not want to create jobs, with all the costs and regulations they incur.  Most of our economy, of course, is made up of small and mid-sized companies. They employ 60 per cent of the workforce. Many of these, too, are not performing to their utmost. Not enough are exporting to, or trading with, international markets – critical to national economic success. Even though tens of millions of new consumers are entering the global economy each year, UK companies are not in the vanguard selling to them.  We need to introduce enterprising thinking into schools, through schemes such as Entrepreneurs First and Homeserve founder Richard Harpin’s Enterprise Trust. We need to roll out the successful Business & IP Centre model, created by the British Library, which has fostered so many new businesses, and increasingly supports growth-minded ones.  We also need, as a nation, to relearn how important it is to develop and own your own intellectual property, rather than just competing for services or products that can easily be copied by others. The government’s new Patent Box scheme looks as if it recognises, and is addressing this issue. It’s a startling and important fact that what NESTA calls a vital six per cent of UK super companies generate half of new jobs. We are, as a country, frighteningly dependent on a few extraordinary businesses and leaders. So whether you are about to start, already run or work for a high growth, entrepreneurial super-company; whether you are trying to invigorate a business, a division, a school, college or community project, the message must be: get more entrepreneurial. Your country needs you!