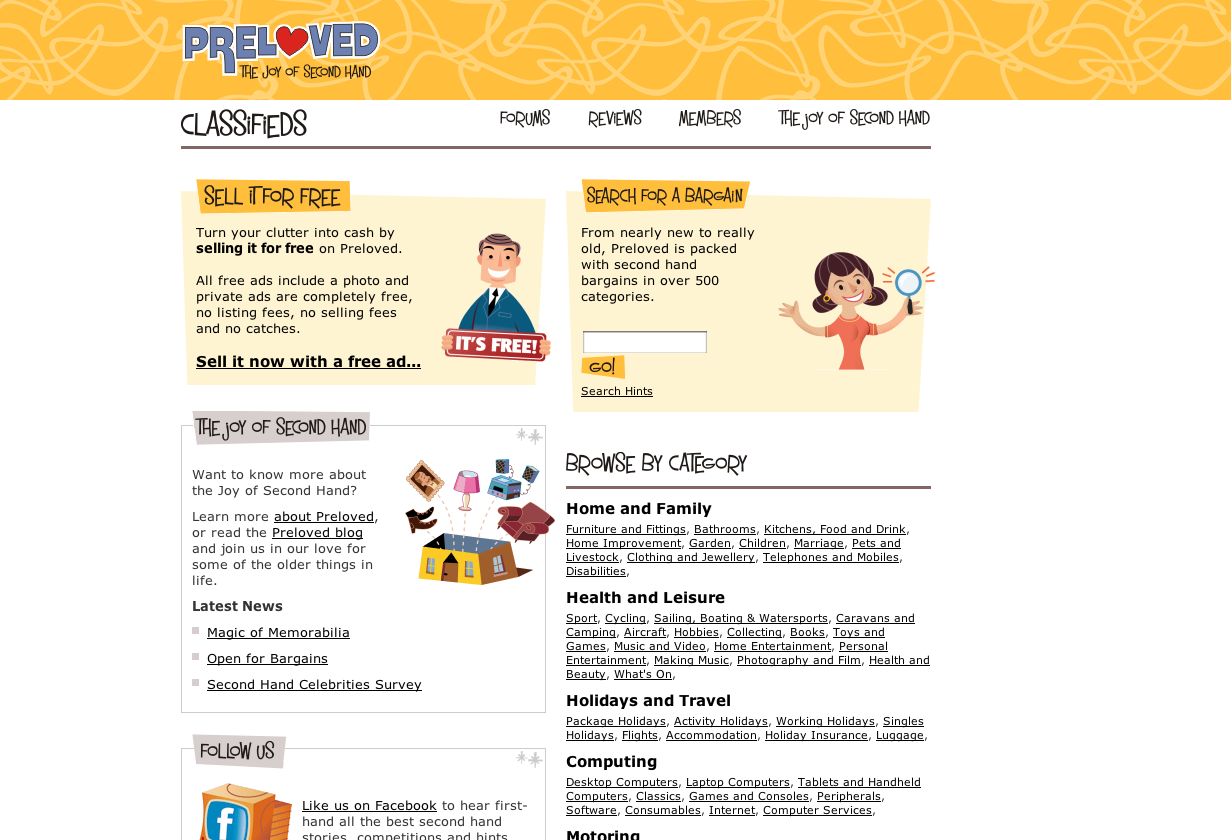 The top ten fastest moving online SMEs of 2011 are as follows:

Top of the fast movers table is The Student Room, a forum for school and university students. The site, which also topped last year’s list, receives 4.8 million visits per month and is run by Brighton-based Acumen PI (owned by former Jobsite director Chris Newson). Second on the list is Preloved, founded by Ian Buzer in 1998. It was designed as a small and friendly site where enthusiasts could buy, sell and chat about all things second hand. “It started off as a hobby to supplement my addiction to visiting junk shops, car boot sales and buying all things second hand,” explains Buzer. “I set out to make the site small and friendly, not intending to compete directly with sites run by large established companies such as Loot and Exchange and Mart.” However, word spread quickly and Preloved is now one of the largest classified sites in the UK with more than six million visits every month.  Third is SoundCloud – an audio-sharing service that allows its 4.5 million registered users to record, publish and share audio files online. It was founded in 2008 by Alexander Ljung and was initially created to help music creators publish and share their work with greater ease. It has attracted financial backing from Index Ventures (which has backed Lovefilm and Betfair) and Fred Wilson’s Union Square Ventures (previous investments of which included Foursquare and Farmville creator Zynga). “People are starting to record their experiences, as well as writing about them and filming them, and publish audio files using services like ours which are embedded into social sites such as Facebook and Twitter,” says Ljung. “Until recently people haven’t been publishing sound, but now the barriers to entry have lowered and the social plug-ins have been added.” In fourth place is Badoo. You might have spotted founder Andrey Andreev on the front cover of Wired’s May issue. The Soho-based business started as a social network that was fairly similar to Facebook but, in 2008, Andreev decided that this market had been sewn up. Rather than compete, he switched the model to finding new friends, not old ones. His mission: to revolutionise the way people make new connections. “I would say Badoo is more of a social network than Facebook because it really socialises people, brings them out of the computer and introduces them to each other,” he says. “Facebook keeps them sitting in front of the screen.” More than 120 million people have registered since launch. The company is backed by Russia’s Finam Technology Fund and there are claims the company is on the verge of an IPO or fundraising that could value the “freemium” site at $2bn. Founded by Siobhan Freegard and Sally Russell, Netmums – which is fifth on the list – started in 2000 as a small venture offering local information to women in Harrow. The online parenting forum has developed a loyal and continually expanding following: the site receives 1.2 million unique users a month and more than 23 million page views a month.  We’ll be recognising the country’s digital champions and fast-growth SMEs at our annual Growing Business Awards on November 29, 2011. Want to be recognised by your peers, raise your personal profile and receive huge media coverage? Nominate here.