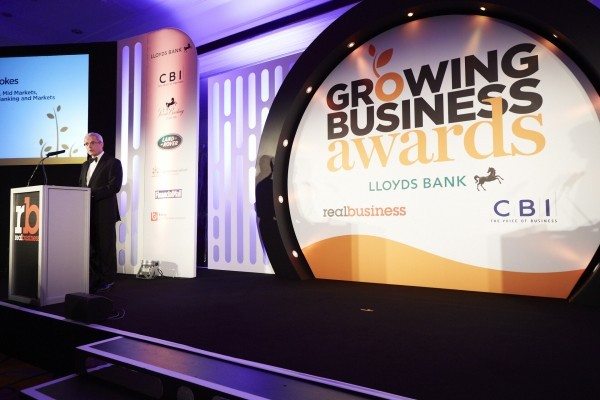 The Company of the Year Award has been recognising Britain’s most exciting, most innovative, independent growing businesses for nearly 15 years.

These businesses are the backbone of the economy, creating jobs, taxes and overall growth.  The award has been the launchpad for powerhouse firms like LoveFilm, Lastminute.com, Sophos and Betfair. Last year’s winners were Wonga.com.  This year’s nominees are as follows:

Downton is one of the UK’s leading independent logistics firms and has successfully incorporated family values and customer service right into the fabric of the business. Based in Gloucestershire, the firm employs almost 1,000 staff across its ten nation wide distribution centres. It has seen strong growth across the last decade and maintains contracts with some of the largest firms in the UK, including Dyson. It is the UK leader in distribution of printed materials and has a strong reputation in the drinks sector also. In 2012 Downton was awarded Haulier of the Year at the Motor Transport Awards.

Founded in 1994, Churchill is a privately-owned and family-run business which develops purpose-built one and tow bed retirement houses. The firm has a particularly strong focus on customer service which is reinforced through specialist training for customer-facing staff ? including the Extra Mile training programme which encourages staff to treat customers as individuals. The construction industry has particularly struggled during the downturn but Churchill has defied this by showing that a house-building firm can show strong growth.

de Poel is a leading independent expert in non-permanent staffing solutions. Based in Cheshire, the firm employs 150 people and has achieved year on year growth since its foundation in 2001. The firm has embarked on a global expansion plan, opening offices in the Netherlands and Arizona, with plans for more in the future. Part of its expansion plan has involved launching a number of other companies in the recruitment industry, including Paraplus, Tempo and Placeability, which is dedicated to helping disabled people, the long-term unemployed and those with learning difficulties to find employment.

Forrest is a building services firm based in the north of England. It began in 1955 as a joinery firm founded by Herbert T Forrest. Now the business employs more than 550 people and has seen eleven consecutive years of sales growth. Forrest has traditionally focused on the three main areas of social housing construction work: new build, responsive maintenance and planned maintenance agreements. But they have since capitalised on developing construction trends such as energy efficiency; the firm became the first to be accredited as a Green Deal Installer in 2012.

WorldStores is the UK’s fastest growing home and garden retailer. Its success is partly down to exceptional customer service, with next day delivery available for most items. The firm is also remarkable for its range, with a gigantic offering of more than 500,000 products leading some commentators to dub them the ?Amazon of furniture?. The WorldStores website is an umbrella for multiple microsites ranging from kidsfurnitureworld.co.uk to treadmillsworld.co.uk, which allows them to take advantage of search engine traffic where users are searching for a particular product. The firm employs 200 people and has shown remarkable growth in successive years.

Zoopla Property Group owns and operates some of the UK’s leading property websites, including Zoopla.co.uk and Primelocation.com. Zoopla was founded in 2008 in the midst of stagnation in the economy and the housing market. Despite this the firm was able to attract capital and build a strong audience. Now more than 16,000 estate and letting agent branches advertise on Zoopla websites, which gives them a market penetration of over 90% of all the UK’s residential listings. Their websites attract an audience of over 35 million visitors per month, making them among the most visited in the UK. To find out more about the categories or book a table, visit the GBA website.