Britain is getting hot under the collar. For a nation famous for its ice cold reserve rather than the heat of a Latin temper, this is nothing short of a global warming of mood.

The nation is angry. From boardrooms to blogs, from Twitter to the nation’s airwaves, there’s a furious mood and there’s always someone to blame. If you’re a city executive, an MP or a media mogul you might see ours as a quite distinctive era: the age of rage.

Poverty? That’s for the third world. Disappointment? That’s for someone else. Failure? That’s not for me. Except of course, it is indeed reality for a great many of us.

The corporate response reminds me somewhat of the tale of the frog in the saucepan. The heat is turned up and it never notices. The result, death.

The temptation for business leaders is to ignore this rising temperature. We are too small, we are too big, we are too boring. Just some of the reasons I’ve heard CEOs use to explain why their businesses are rage-resistant. When the proverbial excrement does hit the fan, the belief is that it’s only temporary and can be glossed over. Tell that to Tony Hayward, Bob Diamond or Andrew Moss.

The banal hope that we can all get back to business as usual is giving way to a more pressing reality that our generation is more volatile, unforgiving and transient in its loyalties than any other that has lived on the planet. It has demanding expectations on the businesses it trades with and takes a decidedly old testament view to wrath: an eye for an eye.

The consumer has found its voice through social media and it turns the little guy into a more powerful Goliath. What’s more, for the most part, this is a good thing. We’ve lived for too long in a society where the consumer is all too often treated like a prisoner, deprived of choice, free will, or the right to expectation.

Remember Henry Ford’s “you can have any colour you like as long as it’s black”? Not anymore baby, life is Technicolor, Britain’s suddenly gone Latin, and we’ve learned the focusing power of a cross word. Think about it. That moment of sublime pleasure, the feeling of vindication when you get top-side of the system. Rage can be good.

But rage can be fabricated and I sometimes wonder whether, like a drug, we’ve become hooked on the habit. Am I that bothered about Leveson or the Olympic security shambles? Not really, but I’ve found myself whipping myself up into a lather with feelings of indignation that I am not sure are real or particularly healthy.

It brings me to the negative aspects of rage. It’s stressful and as such is hardwired into modern life. More pressure, deadlines and responsibilities means that we are increasingly likely to respond with tempers and tantrums. Cool and calm? Not likely.

Rage is also a smokescreen for pessimism and failure. It’s more persuasive to have a negative outlook if you’re angry with it; and a lot easier to be lazier or more inefficient if cloaked with irritation. It’s more effective if you use resentment to crush a new idea.

It’s why ultimately that the rise of the rage age, while undoubtedly bringing with it empowerment for the consumer, weakens the fighting spirit of the optimistic. 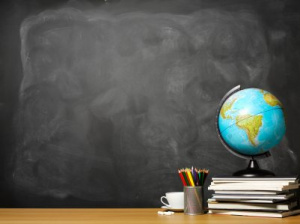 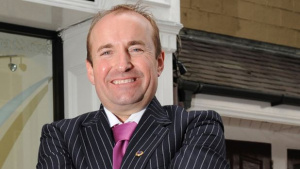