The original site of the Margate amusement park dates back to the 1870s, while the name Dreamland was given in 1920.

In 2003, a plan to close Dreamland was put into motion, but the agenda was stopped in its tracks after a Save Dreamland campaign backed by Margate locals and fans showed there was still appetite for the amusement park.  Subsequently, £18m of public funding was unlocked to preserve the Grade II-listed railway, cinema complex and menagerie cages.

More recently, Sands Heritage became Dreamland commercial operator, while Arrowgrass Capital Partners has taken keen interest with two investments that total £25m. The double investment from the VC firm is part of a “strategy to build a strong business that will have a positive and lasting impact on the local economy”.

During the refurbishment process, Steven Mitchell, CEO at Dreamland Margate, said: “Our plan is to operate a fantastic vintage park that showcases the Scenic Railway and our many other rides alongside destination dining and unique event spaces.

“We are accelerating some elements of our longer-term plan in order to deliver the best possible experience to our customers in 2017 and to avoid potential future disruption by doing the work in one go.”

As a result of the extended renovations, the grand Dreamland reopening was set to take place in April, but was pushed back until Friday 26 May for the bank holiday weekend.

Thousands of guests visited the amusement park, which has been dubbed “Shoreditch-on-sea”. The Dreamland revamp comes with interactive art installations, street food such as pizza and tacos and live events, while vintage rides have been restored.

Rooftop bar Ziggy’s is one of the new features, offering sea and coastal views, with cocktails, chicken and reggae is all on offer.

The goal of Dreamland and Arrowgrass is to create a venue fit for both children and adults alike, with roller disco and arcades among supporting the throwback theme, and modern shows on a stage with a capacity for 15,000 welcoming the likes of Gorillaz throughout the summer.

“The sun is shinning and it’s been a magical day to showcase all the work we’ve been doing behind-the-scenes to Dreamland,” said Mitchell.

“We have hopefully curated a new age of seaside culture to create something truly unique, all while embracing our rich history that has made Margate a favourite for decades. This summer we’ll play host to live music including the Gorillaz, outdoor cinema screening, circus and more- it’s set to be a memorable summer.” 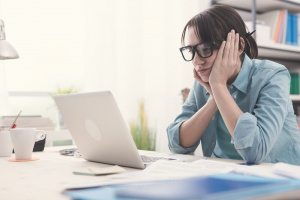 “Descent into hell”: Boredom is taking its toll on staff 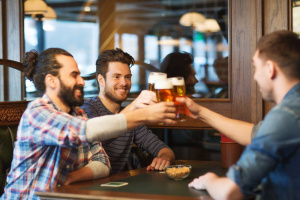 Do you have a solid expenses policy? If not, you could be wasting thousands