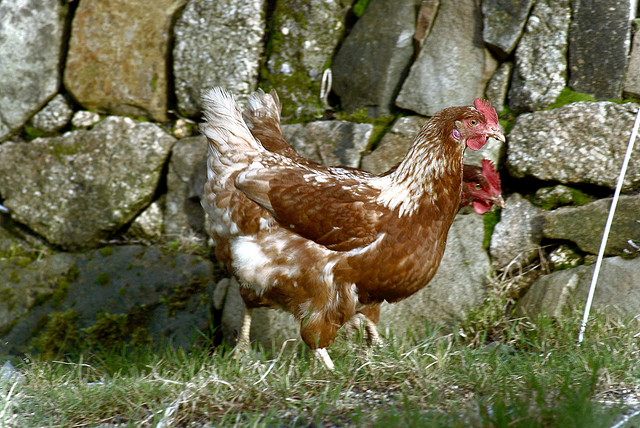 The Abbey Mill Lane pub has had many names upon being founded in the 18th century. However, its owners chose to stick with Ye Olde Fighting Cocks?in 1872.?

Sandra Jeffries, the current pub owner, has said the name is reflective of the history of the building. She suggested that the pub’s first landlord advertised a “cock-pit” at the inn,?despite the sport being banned in the UK in the 1800s. The People for Ethical Treatment of Animals (PETA) has written an open letter to the pub, asking it to change its name to Ye Olde Clever Cocks in a bid to highlight that chickens are intelligent and “super-social” animals.?

Special projects manager Dawn Carr claimed the name Ye Olde Fighting Cocks calls to mind the “violence and gore” of cockfighting, a “hideous blood sport so cruel” that it has been outlawed in the UK. As well as listing a number of claimed chicken traits, such as a love of sunbathing, Carr urged the pub owners to celebrate a “fascinating but often abused and misunderstood animal”. Carr added that despite understanding the pub has long been called Ye Olde Fighting Cocks and that there may be some resistance to making a name change, just as many pubs with names “tied to slavery” changed their names to match modern sensibilities. She said it was high time for the pub to do the same.? In response to PETA’s letter, landlord Christo Tofalli has claimed he has a responsibility for preserving the history and the heritage of one of the oldest pubs in the country.?Jeffries believed the pub?s name didn’t show any association to promoting the sport.? Read more about rebranding: ?Obviously I don?t agree with cock fighting, and I don?t think that pubs that have the name agree with it,” she added.??I really don?t think that when people see the name they think that it is promoting those things. Where would it stop? There are a lot of pubs with names that might not be politically correct.” Several Brits have already taken to social media by storm to express their opinions. Alasdair Melville, who used to work at the pub, said that rather than worrying about the name of a pub, Peta should worry about looking after chickens at chicken farms, for example.?”There is a better way to make a point,” he added. Esme Rice, who has allegedly lived in the city for 20 years, said the pub was a landmark.?She said: “I remember eating in their garden when I was young and my dad explaining about the sport and how barbaric it is but how this pub is a mark of heritage and history, not a celebration of the sport.” According to Robert Oakhill, he was appalled at Peta’s “total lack of appreciation” of history.? Tofalli claimed that the?pub celebrated the fact that chicken fighting is over and that they would not be changing it for PETA “or for anyone else.” By Shan? Schutte