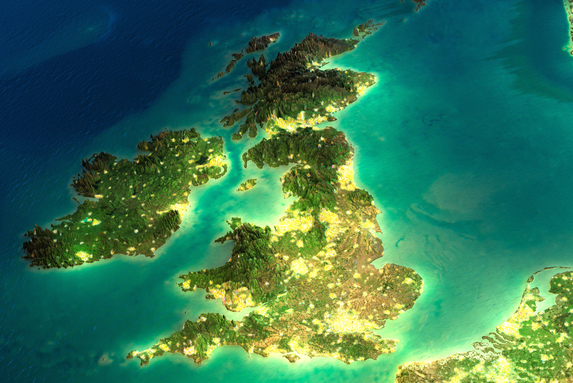 London is a heavyweight a force of nature. Its size of population, diversity of cultures and ideas, its beautiful buildings, titanic Thames river and its glorious and inglorious history attracts the brightest and the best of Brits to work and live within its borders.

Its appeal stretches around the globe travel abroad and the recognition of the word London as compared to the UK always surprises. As such, London is a vibrant business centre attracting the biggest and best British and foreign firms and workers pulling in investment from around the world.  The announcement from the mayor of London Boris Johnson that more money than ever before is flowing into the capital from American venture capitalists is another lift for the city in particular the growing hub of technology businesses where most of the cash is flowing into. Even for a city with the strength of London the presence of the blonde-mopped Johnson striding we hope not cycling through the streets of New York and appealing for ever more investment is striking. It shows what an elected mayor can do in pushing the interests of a city and its small and growing businesses onto the world stage. Yes London has the aforementioned benefits and the charismatic, loquacious Johnson who you feel could have attracted investment and promises of more gold coins from a pre-haunted Ebenezer Scrooge but surely this is something the other cities of the UK should be looking at as an opportunity. Earlier in February a TechNation report revealed that some of the fastest-growing digital cluster hubs were in Bournemouth and Liverpool. Edinburgh, Norwich and other regional cities also showed up well. There is clearly talent, geographical, social and cultural advantages throughout the UK also eager to scoop up more foreign investment. Read more on the UK city debate: But how are these cities getting their voices heard   Take Manchester for example. MIDAS, the citys inward investment agency, continues to make strides to attract more foreign cash into local businesses. It is presently on a trip to India to strengthen business ties. Led by MIDAS chief executive Tim Newns and Jo Ahmed, director of global employer services at Deloitte, and supported by the UK India Business Council and UKTI, it is visiting major cities such as Bangalore and Mumbai. The focus is on talking to Indian life science, high tech and digital businesses thinking of expanding into the UK.  All very worthy and indeed events such as these are working. Recent figures from MIDAS showed that of the 3,372 jobs it helped create and safeguard in Greater Manchester in the first half of the 2014/15 financial year 58 per cent were as a result of foreign direct investment. But you feel that a city such as Manchester could be doing more. You feel the lack of dynamism in these announcements where are the prime minster trade trips to India and China accompanied, over the canapes and champagne, with some of the FTSE 100 biggest hitters making their case for greater business ties

Where is the dynamism of a Boris Johnson-led delegation

Chancellor George Osborne wants to create a Northern Powerhouse devolution and the creation of elected metro mayors are high on the priority list. Only Manchester has really grasped this with any real gusto. Other such as Liverpool are merely umming and ahing.

What could an elected Manchester mayor do to attract more foreign investment You feel that perhaps they would have more reign, more power, more drive to show off their citys business and entrepreneurial skills and opportunities to the rest of the world. Think of the possibilities. Say Manchester to someone in India and they will no doubt say Cantona, Giggs, Ferguson. Why not harness that power and fill your future business trips with local personalities, strong, powerful characters alongside local business leaders Indeed perhaps our regional cities dont need to have an elected mayor to tap into this power. How about “local lads done good” heading up trips abroad to push for more investment Sir Terry Leahy for example wearing an “invest in Liverpool” rather than an “invest in the UK” badge. Devolution, which certainly seems to be the way the political and social winds are blowing, doesnt just have to mean a focus on domestic issues it can be a way of broadening a citys international business canvas. This is who we are, this is what we offer, these are the new powers we have and these are the men from our city who have either made it work in the past or are making it work in the future. If I was a technology company based in Hull I would be looking at Johnson’s announcement and saying well done. But I would also be saying: “What about us Who is making our voice heard.” Its time for some imaginative solutions to ensure that our regional cities dont get left behind in the global race for investment.