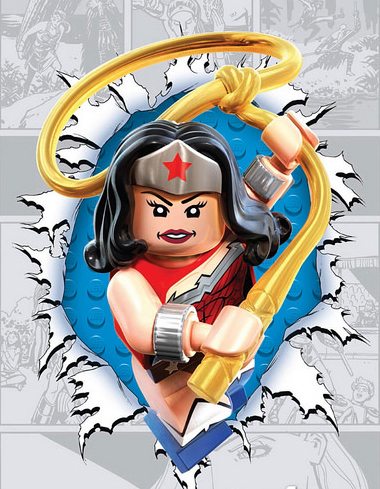 We’d been warned. But nothing could have prepared us for the stellar line up of female achievers that took to the stage, ranging from ballerinas and barristers to compressor technology manufacturers and script writers. And they were all under the age of 35.

If you’re the type that suffers from an inferiority complex, you’d have needed a therapy session after this. First up was former head of NASDAQ International, Charlotte Crosswell, who took the gong for Business Woman of the Future. Crosswell managed the stock exchange’s non US-listed companies with a market cap of $400bn. No mean feat for a 34-year-old. Then came Dawn Porter, who exposed the fashion industry’s obsession with skinny celebs in her BBC documentary, Super Slim Me. She admitted that the Media Woman of the Future award was only the second accolade she’d won in her life. “The first was at my graduation ball – I was named Biggest Tart,” she quipped. Lord Kirkham of dfs fame judged and presented the next award, the Professions Woman of the Future. “The calibre of candidates in this category was simply stunning,” he told the audience. “For those that didn’t win, don’t blame me. It wasn’t just my choice!” The award went to two remarkable women – senior director of the Office of Fair Trading Sonya Branch and human rights lawyer Shaheed Fatima. Typically self-deprecating, both women chose to thank their husbands rather than bask in the glory of their own successes. Model and businesswoman Elizabeth Hurley graced the stage to name the Entrepreneurial Woman of the Future: “I don’t know of anything more glamorous than being an entrepreneur,” said Hugh Grant’s ex-flame. “To build something from nothing is the stuff that dreams are made of. The women in this category are an inspiration – and god damn it, they’re all under 35!” Eco-entrepreneur Kresse Wesling won the prize. The 30-year-old founder of Babaloo manufactures products with materials reclaimed from industrial waste streams in the UK. “I have some great climate change ideas,” she said, glancing down at James Smith, chairman of Shell UK and the event’s headline sponsor. “And I’m on table 23 if you want to come and chat to me about them!” Next up was barrister Ruby Sayed, winner of the Voluntary Award. Sayed dedicates much of her free time to a north-west London charity, the Asian Women’s Resource Centre, claiming that it’s “everyone’s responsibility to help those less fortunate”. “I hope I can continue to make a difference in my own little way,” she said as she accepted the award. Playwright Nina Raine and ballet dancer Lauren Cuthbertson were the two winners of the Art and Culture Award. Cuthbertson – the night’s youngest winner at just 23 – looked anxious as she walked up to the lectern. “I don’t usually speak in front of thousands,” she admitted. “I dance.” Fittingly, she thanked the audience with a graceful curtsey. The Science and Technology award winner Dr Caroline Mohamed has carved out a successful career in the male-dominated automotive industry. And she’s not resting on her laurels. “I’m looking forward to many more years of technical debate,” she said as she accepted her trophy. The final award of the night – Mentor of the Year – went to the founder of Spark Leadership, Elizabeth Coffey. Collecting her award to the raucous cheers of her protégés, she said that her method of mentoring was inspired by none other than Socrates. “If you have a difficult question, the answer lurks inside your own head. I’m a bit like a midwife – I just try and help pull the answers out.” The glitterati were out celebrating and sipping champagne until the small hours, entertained by the talented piano player Tara Kamanger, the elegant young dancer Charlotte Wood and the hilarious young actresses, Heather Darcy, Amy Son and Tracy Green. Without doubt, the event’s ambitious young award winners are the ones to watch. They are the women who are shaping and changing Britain for the better. Image source