The British Airways parent company announced the Hangar 51 incubator back in October 2016, which saw over 450 companies apply for inclusion with IAG.

From that pool of entries, 26 businesses were invited to pitch for a place, while just four were chosen for the ten-week programme in January. With the accelerator now over, two startups, Esplorio and Vchain, will receive investment from IAG.

Stephen Scott, IAG’s head of global innovation, said: “Hangar 51 has been a fantastic opportunity to work on business challenges together, combining IAG’s industry expertise with the startups’ speed and agility.”

The capital from IAG comes from the company’s multimillion pound digital transformation investment fund. The two businesses will continue working with the British Airways owner, with funding to support further product development as IAG seeks to support customers with service enhancements.

Esplorio exists as an app that automatically records travel experiences of passengers. It tracks routes and favourite destinations, while producing a travel journal complete with photo album without any interaction needed

During Hangar 51, Esplorio used the cabin crew for testing, while the next step is to provide support to members of British Airways Executive Club.

According to the firm, roughly half of passengers make errors when providing their details to airlines before flights, which then need to be corrected manually at the airport. Vchain’s prototype realises errors and facilitate online corrections.

Vchain tests are set to launch in coming months for IAG products, with the likes of passengers with British Airways and Aer Lingus able to use the feature. The startup is also collaborating with IAg on biometrics.

“The two companies we are investing in have the potential to add great value, rich content to our customers and operational efficiencies. This has been our first global accelerator programme and it will definitely not be our last,” Scott added. 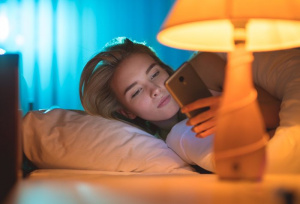 Why leaders have sleepless nights about culture