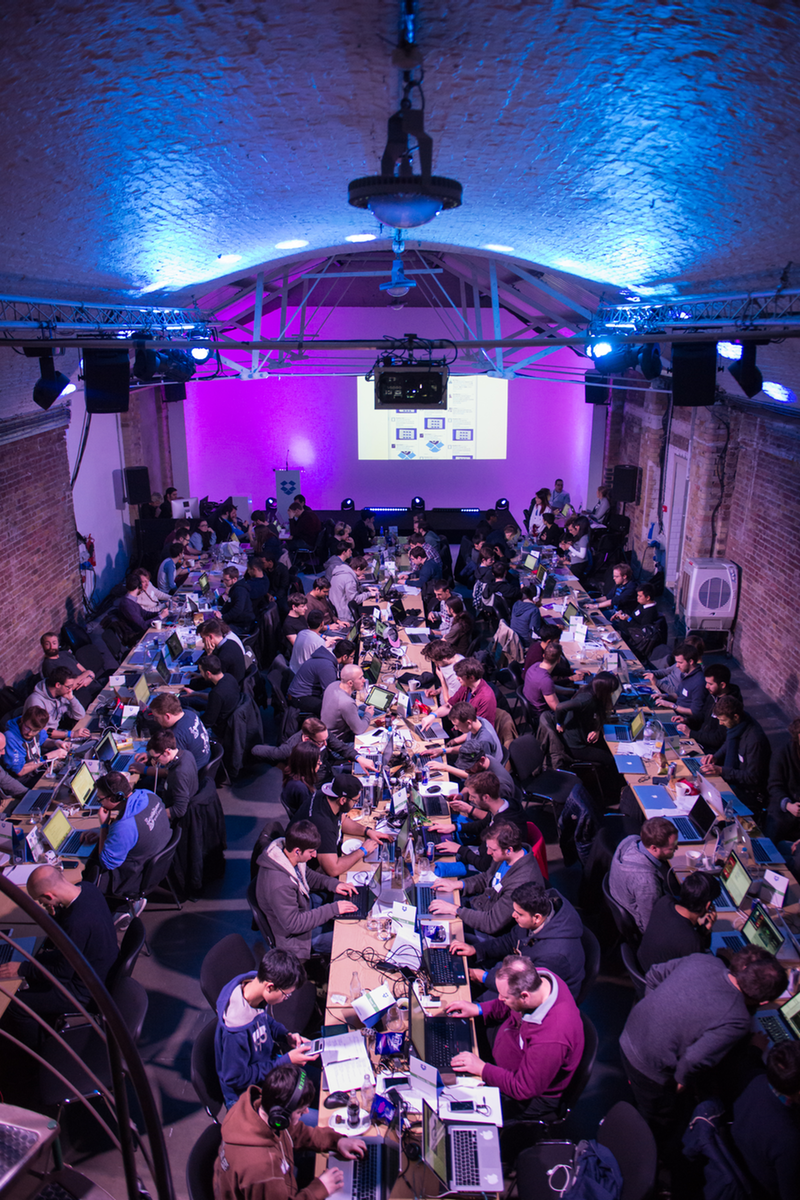 The cloud-based storage company entered Britain last week, when it claimed it was entering “one of the world’s greatest technology hubs” by setting up shop in London, where it joins other large American technology firms including Facebook and Google.

With Facebook in mind, the social network, which has a large focus on mobile technology, teamed up with Worth Capital and Seedrs in November 2014 to search for Europe’s top app developers, supporting them with funding and coaching on how to evolve into sustainable businesses.

Seemingly Dropbox has taken a similar approach, hosting its first ever hackathon in London over the weekend on 23-24 January, which saw over 120 app developers take part in the coding challenge held in Shoreditch.

The programmers were tasked with using at least one Dropbox API to create an app for web or mobile in teams of up to four people, with coding time on Friday night and Saturday between 9am-5pm before the awards ceremony took place in the evening.

Mark Van Der Linden, UK country manager at Dropbox, said to Real Business: “We were excited and impressed by the creativity that everyone showed this weekend at our first ever UK hackathon. It’s great to see so many talented developers demonstrating the potential of our APIs in really innovative ways.

“Dropbox is about creating, collaborating and staying in control of your information – Alex and Stuart nailed that with “Matter”. It was a well designed, compelling product that really chimed with the way we think about Dropbox and the future of working.”

Dropbox plans to focus its London launch around developing business relationships and opportunities, with the UK the number two market behind its native US.

The winners were as follows:

Private blogging tool Matter allows users to store and sync photos and text-based memories in Dropbox, all of which are organised in a timeline.

For the team “that made the best use of the Dropbox API in their hack,” Easy Wallet turned Dropbox into a bitcoin wallet, allowing users to give bitcoin away by sending files.

The London Local prize went to Dropbox Pictour for being “the hack with the best emphasis on London”. The capital city-themed app provides users with directed tours across London, with users required to visit a location and take a picture of it with the app. Once the upload is complete, the app detects the geolocation details of the photo and provides a hint for the next destination to visit.

Swapbox allows users to exchange photos with strangers, with each picture randomly sent to another user’s Dropbox and then notifying them by email. Users are able to see how much the photo has been circulated – the app is already live. https://swapbox.co.

The prize for “the team that built the most impressive technical hack,” the Dropbox Live team created a tool that enables instant camera uploads to the cloud with their DSLR camera. It was achieved with SD card mirroring and Dropbox uploads through an attached Raspberry Pi mini computer.