Dating website eHarmony reported on 5 February that Valentine’s Day spending is set to fall by a third in 2016 when compared to last year, with sales of £958m from £1.5bn respectively.

Marketing technology service RadiumOne has now supported the research by finding 24 per cent of adults say the big day is being stuffed down their necks by becoming over-commercialised, which has prompted them to avoid celebrating.

An additional 24 per cent said they will rebel because they don’t want to be forced into being romantic, with just 14 per cent of die-hard Romeos and Juliets feeling positive about the day.

To that end, the company suggested the best approach is to be last minute – although planning can still be done early one behind closed doors and away from the suspicious consumers that don’t want to board the tunnel of love.

Gadgets and gizmos can help the cause to drive sales, with 49 per cent of shoppers admitting that they will research and buy Valentine’s gifts from digital devices.

Broken down, 27 per cent will use smartphones and tablets for research and 19 per cent will buy goods through them. Age will be a key factor to win customers over – the numbers rise to 64 per cent for purchases and research on the devices among 18-34 year-olds.

Rupert Staines, RadiumOne’s European MD, said: “The commercialisation and sense of obligation mean marketers must be far smarter about how they promote Valentine’s Day to avoid alienating consumers further.

“The good news is technology can help. It provides extra data to improve targeting and has enabled a longer window, by pushing planning behaviour right up until the last minute.”

With disinterest increasing, 71 per cent of adults don’t plan for Valentine’s Day until February, which is up from 64 per cent in 2015. Comparatively, 35 per cent of people leave it to chance even more by developing ideas the week before, the study found.

Staines concluded: “It’s about getting the right plumbing in place to track whose doing and sharing what across which devices. There are three easy wins for marketers to address consumers’ waning interest in Valentine’s.

“Understand the role of different devices in planning and purchasing, be aware you have right up until the day itself to make your moves and ensure you have visibility into dark social [email, instant messenger and forums] as you could be missing 75 per cent of leads available to you.”

Restaurants and travel firms are set to be the biggest sectors hit, with an eight per cent sales decrease expected.

House of Fraser caused confusion this month for launching an “Emojinal” campaign on Twitter – only to have it slammed. It caused so much bemusement that people thought the account had been hacked, while others said the brand had destroyed its image with the wacky crusade. 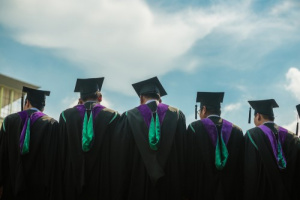 The benefits of an MBA for your business 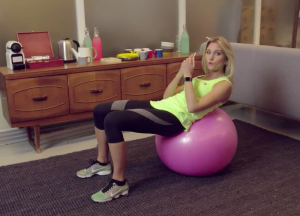