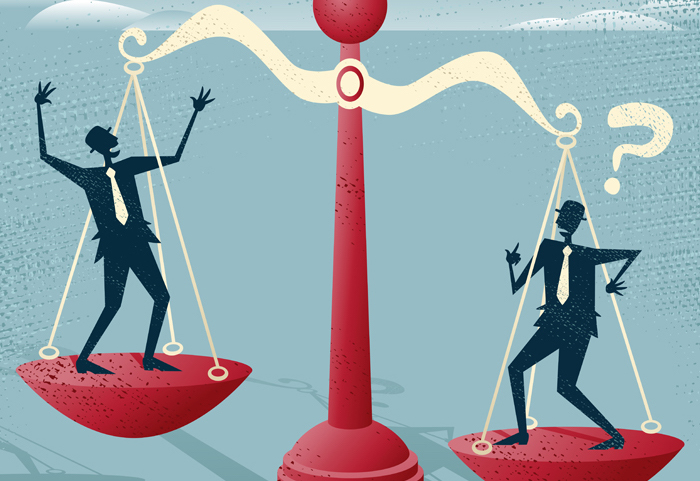 Share via
In the world that we’re about to enter where Trumpisms dominate, something tells me that British employment law is one area where he would have a field day here in the UK. All of the recent remarks in the media got me thinking about how restrictive British employment law actually is for the employer – at times is detrimental to the business it’s supposed to help. The duty of a business person (any business person) is quite simply to make the business as strong as they can, for the good of the employees, the community, themselves and ultimately, the economy. Employees are everything to business. You could be selling the most innovative product on the market, but if the company doesn’t have the right team in place, it won’t get anywhere. And the purpose of employment law is to protect the rights and needs of both these employees and their employers. In a perfect world, the law would work in harmony with the business goals. Unfortunately however, this is often not the case. People need to work and businesses need those people. It’s an ideal collaboration. They’re as interdependent as pedals and wheels on a bike – each needs the other to get to places. For instance, when a wheel on a bike gets a puncture, we fix it. It’s the logical thing to do and it’s easier than travelling to the shop to buy a new one. Doing this means we’re going to reach our destination a whole lot quicker. Like the puncture that needs repairing, when an employee “gets out of the wrong side of bed”, we fix it. We’ll have a discussion with them, see what the problem is and help them, and for the most part they’ll appreciate the effort. For all the same reasons as the wheel, everyone’s better off for the repair. We need no lawyer to tell us to do that. It makes commercial sense. Sometimes wheels go beyond getting a puncture and they buckle and fall apart, just like people. Whatever the reason (health, personal needs, our role), people change and businesses change. When it’s the people, the business has a duty to accommodate that change. That makes sense. But when the businesses changes, frustratingly the onus is still solely upon the business to accommodate that change. This is not a bad thing, but it is the point at which the wheel comes off. It’s the point of conflict between these two interdependent aspects of working life. And it’s the point that British employment law can cause an awful lot of problems when you’re just trying to do the best thing by way of the business and employee. It’s here that we see the lawyers getting fat, people getting disgruntled and businesses suffering because it doesn’t allow common sense to prevail. It’s the weak point at which less savoury people endeavour to abuse the system. There’s a world out there dominated by those who know this point better than anyone else – the people who seek to capitalise from a businesses need to change and from the failings of British employment law. They’re people who, were we ever aware of their tendencies prior to employing them, would not be deemed fit to take up roles in any company, anywhere. Yet ridiculously, their prior employment record often cannot be fully disclosed to prospective employers. Everyone knows one of these people to varying degrees. It’s impossible not to carve a career nowadays without coming across them at some point. They invariably find themselves in employment tribunal claims, endeavouring to have a pay-out from a legal insurance company. These are the ones who, when they see an opportunity, find a banana skin to slip on. They know and play the system. And they don’t just do it once, they do it repeatedly. “Fully-paid sick leave” – to them that’s a reason to be sick more often, not a stunning benefit only used if required. And “pulling a sickie” – to them that’s fair play rather than blatant theft from a company, which it most certainly is. They think it’s their duty to pull it as often as they possibly can. Despite being the first to voice their displeasure, or the first to play the system, these people are also the most resistant to business change. They’ll hark back to an imaginary past, a utopian world that in reality, never actually existed. They were then, and still are now, the disgruntled disruptors. They’re the ones who hold businesses back, ruining opportunity for their colleagues and the business. In a world where we’re clamping down on people searching for whiplash opportunities, we should be similarly targeting the serial business banana skin searchers. And it would be nice if our British employment law helped and not hampered this. It’s no coincidence that the people who take businesses to tribunal often do it multiple times. They’ve worked out that insurers will often pay out rather than fight. They’re the dodgy whiplash claims of our business world. They’re the reason employment law gets absurdly wrapped up in red tape. And before people state the obvious line that this isn’t always the case, I know. There are genuine claimants and businesses that don’t treat employees with the trust, gratitude and total respect that they deserve. These are the exceptions. And the banana skin searchers, they’re the exceptions too; the vast minority. But crikey, they don’t half have a negative impact on absolutely everyone else around them.
This article is part of a wider campaign called Founders Diaries, a section of Real Business that brings together 20 inspiring business builders to share their stories. Bringing together companies from a wide variety of sectors and geographies, each columnist produces a diary entry each month. Visit the Founders Diaries section to find out more.