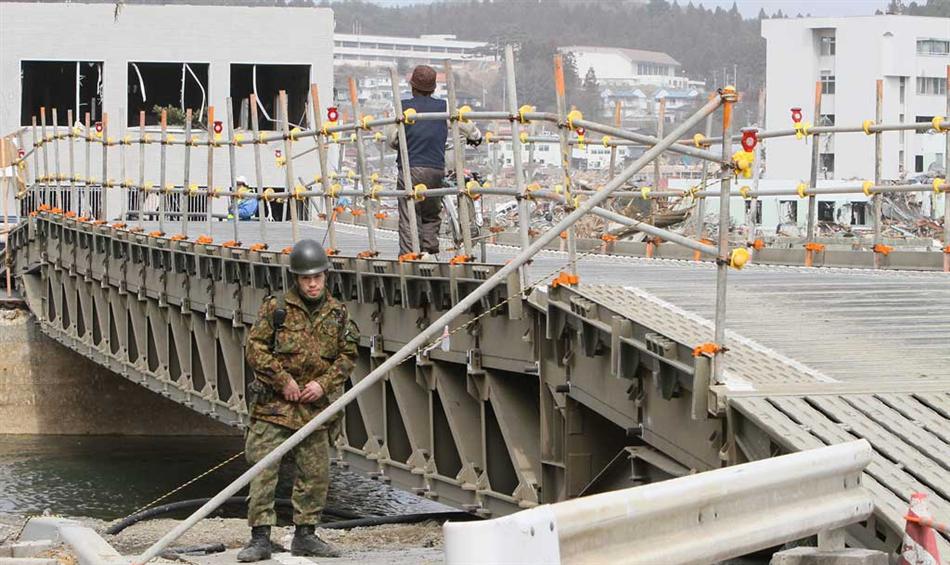 While the business media obsesses about the likelihood of a “Grexit” from the eurozone, one major M&A story was virtually ignored this week (it only just made it into one national paper): “German tank maker Krauss-Maffei Wegmann buys WFEL.”

WFEL is Williams Fairey Engineering, a UK world leader in making mobile bridges for military forces around the world (and a shortlisted candidate at Real Business’s Growing Business Awards in 2011) and an excellent example of the quiet renaissance in UK engineering (and the increasing interest from overseas buyers in our top engineering talent). For much of the last decade, British engineering has been viewed almost as a sector without hope. The City brain drain has long tempted talent away; perceived inefficiency and a dwindling skills base has tarnished the sector’s reputation; more inventive overseas engineering firms have emerged to seize market share. But the tide may be turning. The engineering sector is vital to the UK’s economic revival. It accounts for almost 20 per cent of GDP – three times the current size of the financial services sector. Total turnover is around £900bn; the sector provides jobs for more than 4.5m people in 500,000 enterprises. Now that the City is no longer the powerhouse it once was, the government is keenly aware of the need to boost the sector. The urgent need to decarbonise the UK’s economy – for both climate change and energy security reasons – is also yielding a once-in-a-generation opportunity for the sector. Right across the engineering and manufacturing spectrum – from cars to trains, IT to nanotechnology, building materials to energy infrastructure – the need to cut carbon emissions is driving the development of new technologies and opening up new markets. The global market for low-carbon goods and services was worth £3trn in 2008 and is projected to grow by 50 per cent to just under £4.5trn by 2015. The UK government is committed to generating 15 per cent of all energy from renewables by 2020. This will force through a drastic restructuring of the national energy portfolio and create significant business opportunities for engineering companies and potentially a vast number of new jobs: the Department for Energy and Climate Change estimates that the renewable energy sector alone could create 500,000 new jobs by 2020. Another global trend that’s benefiting the UK engineering sector is digitisation, set to be as transformational in its impact as it has been on other sectors. Probably the most striking example is three-dimensional printing, which enables the creation of a finished product based on an original digital file. Though the technique has been used for a few years to produce prototypes, it can now produce finished products, too, including medical implants, jewellery, football boots designed for individual feet, lampshades, racing-car parts, solid-state batteries and customised mobile phones. Researchers at Filton, near Bristol, who are part of EADS Innovation Works, the research arm of defence group EADS, are hoping one day to print the entire wing of an airliner. And, of course, this new digital approach will mean that small engineering and manufacturing firms can develop technology and products without the resources of a vast conglomerate.  There are plenty of UK firms with stength in niches that represent a new wave of UK engineering talent. Take Brompton Bikes: launched in 1988, the company has stuck to its original small, fold-up and carry design and now exports them to 33 countries worldwide. Another quality UK engineer is Hawk-Eye Innovations, known to every Wimbledon and cricket fan for its its ball tracking technology. A third home-grown world beater is Radical Cars, the second largest manufacturer by volume of purpose-built racing cars in the world, just behind Porsche. Another great story, with a slightly longer history – formed 125 years go – is the globally recognised Raleigh Bikes. Given this largely overlooked renaissance in UK engineering, it’s no surprise that overseas firms have emerged recently as buyers of UK engineering companies. (We advised and executed on the sale of Hawk-Eye, Radical Cars and Raleigh Bikes, all to overseas buyers over the past few months.) Asian firms, in particular, are showing great interest, with China and Japan at the forefront. Sure, part of the attraction for foreign buyers is sterling’s weakness, the eurozone crisis and that the UK seems a safer investment haven. But it is also down to the bright, innovative new wave of emerging UK engineering talent. Expect to see more overseas engineering companies come knocking on the doors of many more British firms in the years ahead. Philip Barker heads the industrials group at Cavendish Corporate Finance, where he advises mid-market corporate clients and owner-managers in the manufacturing and engineering sector.