This story was updated on 18 May 2018 to include the winners of the British Ex-Forces in Business Awards.

From facing prejudice when getting back into the workforce, to barriers to starting their own business, many British ex-forces face an uphill battle after service.

A report published by the Royal British Legion, Deployment to Employment, highlighted that military veterans were twice as likely to be unemployed as their civilian contemporaries. They were being held back due to employer perceptions, it said.

The report revealed that military veterans were twice as likely to be unemployed as their civilian contemporaries.

Military veterans felt job interviewers still held preconceptions about their time in the forces, with one of the most common and inappropriate questions being whether they had killed someone in combat.

When it came to employers, the report cited one as saying: “We need to keep our staff happy and the last thing they need is someone who comes in and barks orders”.

The Legion concluded that there was an unfortunate “mad, bad and sad” stereotype. According to Ben Rossi, journalist and founder of the British Ex-Forces in Business Awards, it has more to do with a difficult adjustment period and the lack of patience and support that is often required.

Companies forget one crucial aspect though, he suggests.

The military and the world of business aren’t that different. Both require a blend of attitude, strategy and personal determination to surpass objectives and reach new goals. – Ben Rossi, British Ex-Forces in Business Awards.

It’s a topic Extrinsica Global’s founder and CEO, Simon Smith, feels passionate about. He spent over 20 years as an officer in the Air Force and deemed it the perfect preparation for business challenges.

“In the Armed Forces, psychological toughness and the ability to think innovatively become habits and set you in good stead for entrepreneurial life,” he says. “Having a crystal clear vision and being able to communicate it at all levels was essential for a successful operation.

“Most people have heard the phrases ‘adapt or die’ and ‘any plan will not survive first contact with the enemy’. In military operations, these really are true. They require fast, objective, smart decision-making and reactions; there’s no reason to treat business operations any differently.”

“Having a capability to analyse complex situations – the threats, risks, opportunities – and formulate a strategy to deal with them effectively goes without saying.” – Simon Smith, Extrinsica.

Likewise, Sean Bowen, CEO of Push Technology, cited numerous benefits. He explains that those who have been part of the forces – no matter what unit – naturally work hard.

“This is because from the very beginning, and often at an early age, people try to break you and mould you into a particular sort of soldier. Often you are given tasks that need to be completed under extreme circumstances and it takes real steel to face these challenges head-on, quickly and efficiently.

“Reliability is key in both business and the military. In the field, it is part of the life-blood that holds a tight-knitted squad together.” – Sean Bowen, Push Technology.

“Military personnel cannot bail on a task, turn up late or suddenly change their mind as lives literally depend on it. Each member of the team is there to play an important role. Culpability to your squad is a similar relationship to that of your colleagues.”

Business leaders can benefit from the disciplined, positive mental attitude distilled in military veterans. But as Rossi reminds, supporting military veterans is not only the right thing to do but it’s also vital to the prosperity of the economy.

As founder of the British Ex-Forces in Business Awards, he hopes to shine a light on the skills veterans showcase, squashing negative perceptions in the process and highlighting the need to help resettle them into civilian life. Highlighting the achievements of those now excelling in business will better position them as role models, Rossi explains. Uncovering businesses that have supported ex-military is equally as important.

The awards, held in association with AWS, took place in London’s De Vere Grand Connaught Rooms on 17 May 2018. It brought together top companies, military personnel, politicians, journalists and other stakeholders to raise awareness of resettlement issues, encourage the development of ex-forces employment schemes and promote the significant value that military-gained skills can provide to the UK economy if better utilised across the workforce.

The managing director of AWS, Gavin Jackson, adds: “We find that many of the qualities that are foundational to military service are invaluable for our own organisation. Hiring transitioning military veterans and military spouses – who often feel stress at having a loved one in action – should be seen as a fantastic opportunity for any company to grow its talent pool.

“Recognising these attributes and doing more to recruit, train and generally support military veterans is not only the right thing to do but it’s also vital to the prosperity of our economy.” – Gavin Jackson, AWS.

The winners have been revealed and it makes for inspirational reading. The Lifetime Achievement Award went to RAF veteran Air Vice-Marshal Jon Lamonte, who is now CEO of Transport for Greater Manchester.

Lee Whitworth, A&E Harmonious Compliance Training won Service Leaver of the Year. Whitworth served as a military musician for 25 years. Meanwhile, Jaguar Land Rover was Employer of the Year, with the company constantly having cited the need for military calm in its production environment.

When looking at these achievements, it seems ludicrous to business leaders that employers are still swayed away from hiring military veterans. As Forsyth exclaims: “If the aim of the military is to cope and conquer in any situation then what business wouldn’t want a piece of that, in order to thrive and grow?”

Real Business will be profiling some of the finalists of the British Ex-Forces in Business Awards in a series of articles. Keep updated on this by subscribing to our newsletter here. 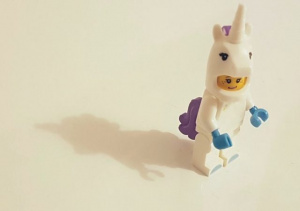 What does it take to grow from an SME to a British unicorn?