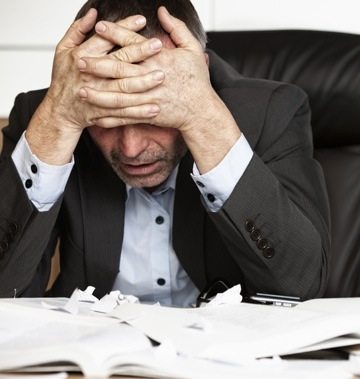 Research released today on responsibility in the workplace determines that 41 is the average age at which many UK professionals feel overwhelmed by their workload and run the risk of becoming overstressed.

Profiling the Great British workforce to determine those most susceptible to professional burn out, the study also revealed that many workers are unlikely to feel more relaxed until after the age of 55; the age bracket with the most respondents who felt their professional goals were achievable. Conferencing technology firm Conference Genie, which commissioned the poll, has also shared that men are more likely to feel that their workload is unsustainable, with 29 per cent of those polled admitting so, compared to 24 per cent of women. “Just as many entrepreneurs look for the elusive ‘secret to success,’ many are just as determined to learn more about that ‘tipping point’ between a sustainable and unsustainable workload and when they’re most likely to venture into the latter,” says Conference Genie’s Simon Prince.  “Although this research doesn’t possess the exact formula, it does seem to highlight a particular niche group that entrepreneurs and employers need to pay a certain amount of attention to.” A staggering 55 per cent of those polled who earn between £70,000 and £79,000 admitted that they struggled with their workload; more so than any other earnings bracket in the survey.  Considering this group in detail, these professionals are also most likely to work more than eight hours a day, five or six times a week (45 per cent). Plus, they are the most likely to work a certain amount every day, including Saturday and Sunday. “As a business, we’re often approached by people looking for something that makes their own and their colleagues’ lives a little easier; just anything that can help break the routine of working too many hours,” says Prince. “As this research suggests that a wide range of entrepreneurs and employees at all levels feel overworked, there’s the hope that this will change as the economy improves and restraints on resources start to shift. We’re hoping to see an increase in recruitment & outsourcing and a reduction in the amount of people who feel overworked should we conduct this survey again in the near future.”