In revealing that 80 per cent of small-scale developers have gone out of business since the last housebuilding boom, LendInvest CEO and co-founder Christian Faes said the failure rate of property entrepreneurs was an “appalling statistic”.

The key findings of the LendInvest study included the fact that small housebuilders were responsible for three in eight of the UK’s new homes before 1990, but only one in eight now. With the British Business Bank so far failing to allocate funding for property firms, LendInvest is calling for a mandate of state-backed finance bodies to begin or accelerate funding to property entrepreneurs.

The blueprint also includes suggestions to apportion a quota of public land for sale only to SMEs, the simplification of tax burdens to help property entrepreneurs reinvest capital and a boost to competition by securing the cooperation of offices of the housing and small business ministers.

“Decades of successive governments’ under-investment and muted decisions, coupled with a planning system that defaults to favouring larger sites over small ones has cumulatively left UK housing in a dire situation,” Faes said. “The Housing White Paper showed us there are no quick fixes, but incremental improvements can and must be made.”

The report comes ahead of chancellor Philip Hammond’s Spring Budget speech, which will likely include figures on subjects such as housebuilding, affordable housing and rental prices.

LendInvest believes the Homes & Communities Agency will need to lend around £56m a month to support its £3bn housebuilding finance target by March 2021.

Faes wants property entrepreneurs to be treated in the same way as Britain’s startup and scale-up business community – or risk losing another generation of enterprising people.

John Slaughter, director of external affairs at the Homes Builders Federation, supported the report, and commented: “Housing supply has increased 52 per cent in the last three years, but the majority of that has come from larger companies and we need to implement measures that can help get SMEs building more too if we are to fully address our national housing requirements.”

Have a look at the Spring Budget 2017 announcements you can expect to be included.

Planning your business class experience in the city of Manchester 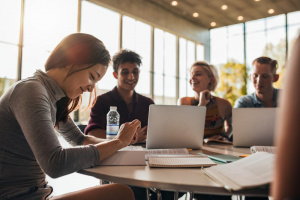 Brexit could be biggest disaster to strike higher education in years