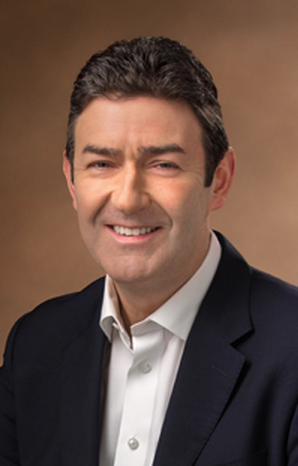 Thompson’s resignation will be effective 1 March, and Easterbrook will also secure the vacant seat left on the board too.

Interestingly, the announcement of the senior staff shuffle comes after the global business revealed a “weak operating performance” on 23 January when announcing its Q4 2014 and full-year financial results. Full-year global sales fell one per cent and consolidated revenues decreased by two per cent, with the latter falling further to a decrease of seven per cent for the quarter.

At the time, Thompson, said: “2014 was a challenging year for McDonald’s around the world. Our results declined as unforeseen events and weak operating performance pressured results in each of our geographic segments.

“As we begin 2015, we are taking decisive action to regain momentum in sales, guest counts and market share. This involves driving foundational improvements in our major markets and continuing our recovery efforts in markets affected by unusual events. We are accelerating our efforts behind solutions that capitalise on the investments we’re making in our technology and our restaurants.”

Seemingly Easterbrook is the key to help “regain momentum.” The British executive originally joined the company in 1993 as a financial reporting manager in London before working his way up the ranks to be named CEO of McDonald’s UK in 2006, handling operations at more than 1,200 restaurants in the various roles.

A further promotion followed a year later and his role of president of McDonald’s Europe left him commanding 7,000 locations in 39 countries, but he left the company in 2011 to become CEO of PizzaExpress, and then took on the same position at Wagamama.

He returned to the burger business in 2013 and, prior to taking over leadership of the company globally, Easterbrook was the senior executive VP and chief brand officer of McDonald’s, responsible for marketing, business insights, the menu and digital schemes.

Andrew McKenna, non-executive chairman of the board of directors, said: “Steve is a strong and experienced executive who successfully led our UK and European business units and the board is confident that he can effectively lead the company to improved financial and operational performance.”

While McDonald’s has 1,200 locations open nationwide across the UK, it launched in the country back in 1974. However, it faces competition from the likes of Subway which opened its doors in the country in just 1996 but has already scaled to more than 1,400 restaurants, with 93 restaurants opened in summer of 2014 alone.