It found British people in the working population actually performed better on tests for extroversion: a whole 11 per cent better than Americans, breaking with conventional wisdom that Americans are extroverts and the Brits are the strong, silent types.

Thomas International, who build people assessment tests, assessed 477,188 people in the UK and 70,252 in the US to see how attitudes had changed during the recession, between the years 2007 to 2014.

They found, predictably, that people who exhibit “dominant” traits, stereotypically entrepreneurial traits like the desire to lead and a need to succeed, were lower by 17% than they were seven years ago.

However, in the course of looking at this they also discovered the surprising truth of Brits hidden extroversion: 76% of the people taking the test in the UK scored in ‘influence’. These people are on the whole “positive, communicative, friendly, more verbal and likely to share personal feelings” says the study.

British idioms are replete with phrases like a “stiff upper lip” and “all talk and no trousers,” which lead people to believe that Brits are less sociable and more introverted than their American cousins. These results however contradict our belief that Brits are shy and Americans are larger than life.

More should be done to help young into work, say employers 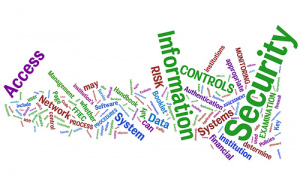