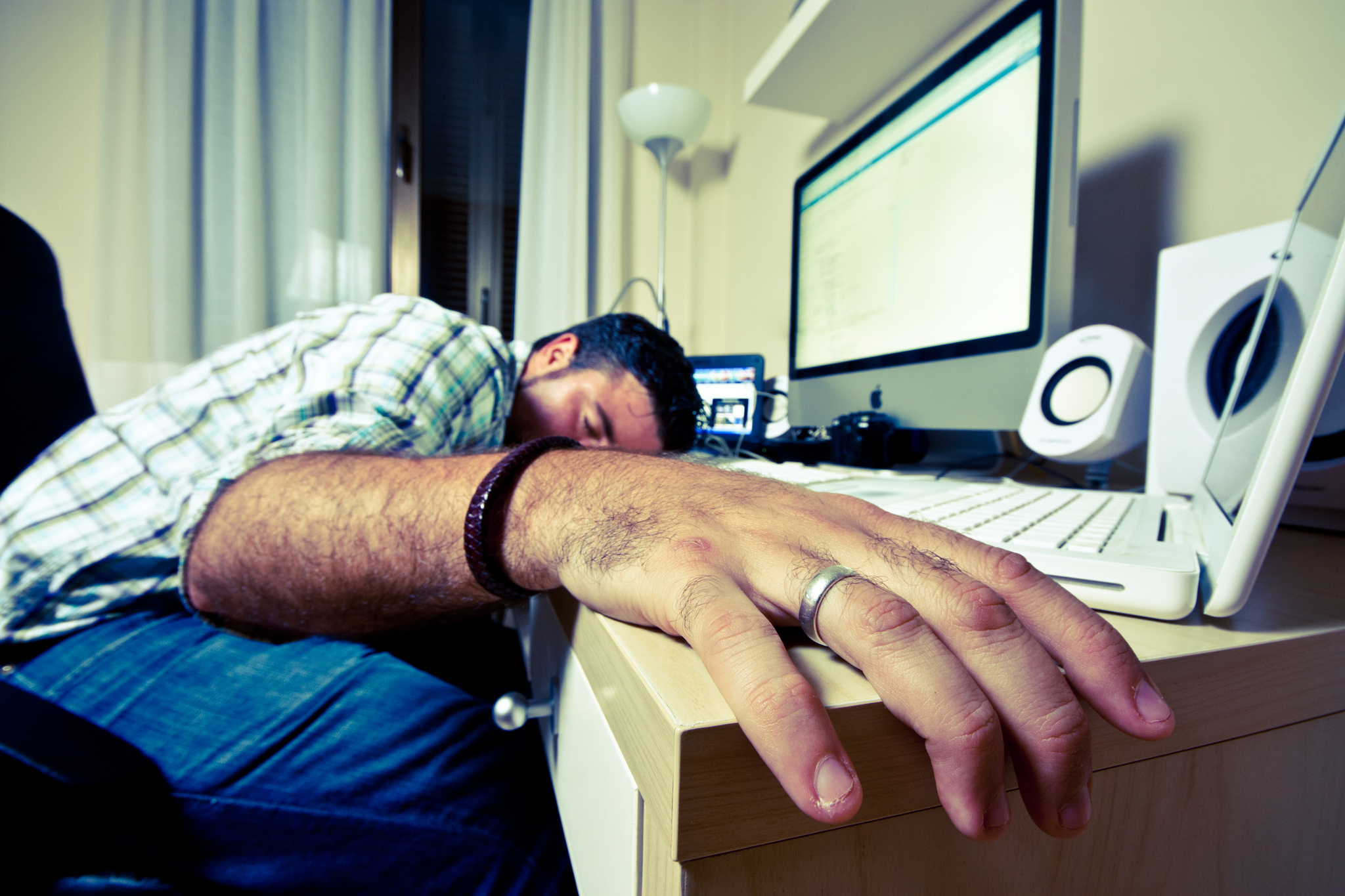 The stats from Memory Foam Warehouse show that 72 per cent of Brits get by on less than the recommended minimum 7 hours of sleep per night, and 8 per cent had been caught sleeping by their boss.

Dr Rahul Mukherjee, consultant respiratory and sleep physician at Birmingham Heartlands Hospital, pointed to a 2007 study showing that people who sleep for five, rather than seven hours a night nearly double their risk of death from all causes, particularly cardiovascular disease.  ?Lack of sleep seems to be related to an increase in hunger and appetite, and almost certainly to obesity. Not only does sleep loss appear to stimulate appetite, it also stimulates cravings for high-fat, high-carbohydrate foods,? he added. The figures show that Brits are aware they nee more sleep, with 86 per cent saying they felt they were getting less sleep than they need and 47 per cent said they were less productive when tired.  Dr Peter Venn, Clinical Director of the Sleep Disorder Centre at the Queen Victoria Hospital in West Sussex, said we live in a ?driven, high-performance society? in which people are often tempted to supplement real sleep with stimulants. He added that it is important to look at both the quality and the quantity of sleep people are getting. ?Disturbed sleep affects sleep quality, and one of the biggest causes of this is snoring. If you can combat these kinds of issues, then you will likely experience more quality sleep and therefore less tiredness in the daytime,? he said. ?A scheduled nap when at work would probably help some people, but it is case-dependent. People need to have rest areas and to get away from their desks: they shouldn?t eat their lunch at their desk as this is not a rest. They need to allow themselves designated break time away from the workstation.? Image source