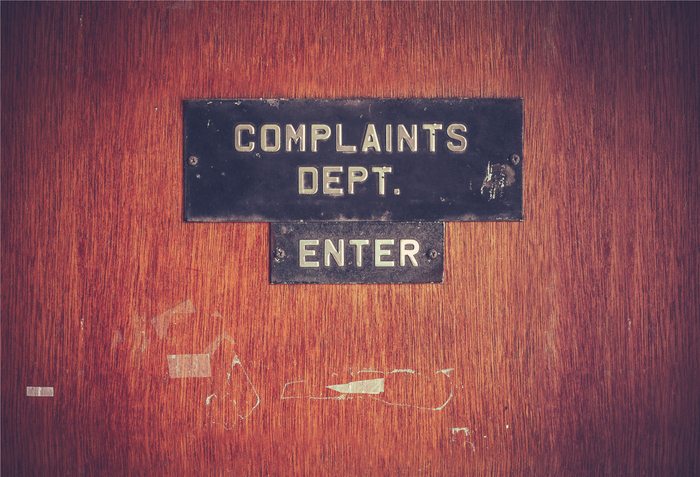 Share via
The watchdog has made it clear that telecoms providers need to deliver reliable services?and offer support when things go awry. For the most part, many?are happy with the services they receive ? but Brits complain that the?broadband experience often?lets them down. Some?one in ten broadband users had a reason to complain in 2016, the report claimed?? and it?s not the first survey to reflect on?the?subject. Ofcom previously unveiled that 26 of every 100,000 Brits?complain?about EE’s broadband?service. For Plusnet the figure rose to 30, with BT?s figure reaching 36. Similarly, a Which? survey hailed TalkTalk and Vodafone as one of the bottom five companies in terms of customer service standards. Fling these together as the Ombudsman Service has and you?ll find the telecoms sector received the second most complaints in 2016. There’s a?common reason behind these complaints, Ofcom’s recent report claimed. ?A large 73 per cent of respondents reported that it was because the service was not performing as it should.” Some 14?per cent of users believed their broadband speed was?too slow to meet their needs. This left many feeling the only way to improve their experience was to upgrade to a superfast connection. However, too many don’t know whether it is available in their area and are too concerned?about its price tag to think it a valid option. ?This issue often effects?those in urban areas,” the report explained. “It is in part because of longer distances between local exchanges, street cabinets and people?s homes, requiring longer copper lines over which speeds will reduce. Superfast connections are also not readily available due to slower roll-out of fibre-to-the-cabinet infrastructure and low cable broadband availability.” Customers also seem to have high?expectations when it comes to installation speeds. On average, users consider eight calendar days an acceptable time for a broadband service to be activated. This went down to six days for a landline service and leapt up to 11 days for a combo landline and broadband service deal. But providers?aren’t meeting those ?customer requirements.? It was reported that it took on average 13 calendar days to provide a new standalone broadband service, and 16 calendar days to provide a landline service. While there are numerous reasons behind this delay, it can do some hefty damage to the user. ?The longer it takes to repair a service, the greater the potential harm to the customer,” Ofcom said. “Consumers might tolerate short outages, if a loss of service becomes drawn out, but problems accumulate. And while 76?per cent of those who reported the loss to their provider and had their service restored within a day were satisfied, only 34?per cent were satisfied when it took two days or longer, falling to 13?per cent for repairs that took longer than three days.? Commenting on the announcement, Dan Howdle, consumer telecoms analyst at Cable.co.uk, maintained?the?research showed?customers cared more about how much they?paid versus how much they?got. ?Service quality, however, becomes the most important factor when something goes wrong, and since the average consumer tends to make purchasing decisions in the belief that nothing will, it remains to be seen whether increasing access to service quality information will have any effect on what people ultimately buy,” he said.??Either way it is a positive move by Ofcom to put such information at consumers? fingertips.?
This article is part of our Real Business Broadband campaign, which seeks to provide a mouthpiece for business leaders to vocalise the broadband issues preventing their businesses from reaching full potential. We?d love to hear your take on the debate and where you think the UK needs to make drastic changes ? and feel to ask us your broadband queries. Get in touch via email (shane.schutte@realbusiness.co.uk) or join in on the action using #rbBroadband.
Image: Shutterstock