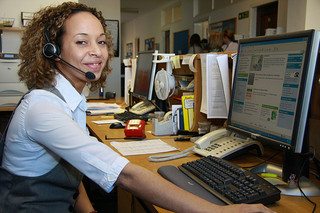 Globally, 67 per cent of consumers admit to using different platforms before deciding on a purchase, with 64 per cent expecting real time assistance regardless of which channel, according to Zendesk research. A shocking 78 per cent state that a companys reputation for customer service is important to them when choosing to buy from a particular brand.

With those numbers in mind, it’s perhaps unsurprising that 37 per cent say that they increasingly expect to be able to contact the same customer service representative, regardless of the channel. Nearly half expect to be able to return goods or purchases through a different channel than the one they purchased from, for example buying online but returning in store. But despite all those expectations, only seven per cent are extremely satisfied with the omni channel customer service offered to them by brands and 87 per cent believe that brands need to work harder to create a seamless customer experience.

A large proportion of UK customers feel that brands pay more attention to generating sales across the channels than providing integrated customer service, compared to 67 per cent in Germany and 65 per cent in France. This reveals a disconnect in the relationship between UK brands and their consumers. For those brands that do get it right, customers are likely to reward them with loyalty. For brands that simplify their customer service and resolve problems with minimal hassle, 82 per cent of respondents say that they would use the brand or company again, while 62 per cent state that they would recommend the brand or company to friends and family. Speed of response and resolution also rates high on the global agenda with almost all of the respondents ranking those two factors as the most important aspects of customer service, closely followed by having a friendly representative to deal with their query. Yet in UK just one in three shoppers rated speed of response and resolution as good or excellent , which is the lowest of all countries surveyed.

Age with an attitude

The research reveals that perseverance is strong amongst shoppers and is something that varies by age. Nearly half say they will try any channel open to them and wait as long as it takes to get their query revealed. In terms of age groups, the older the consumer, the more patience they have. Of those aged 18-24, only 41 per cent say they are more likely to be persistent, in comparison to 48 per cent of 55 -64 year olds.

Patience is a virtue

When it comes to complaining, the research revealed that globally shoppers fall into three distinct categories: 23 per cent are less tolerant of problems with products /  services, 60 per cent have an Average level of tolerance and 17 per cent are more tolerant in their propensity to complain. The Japanese have been revealed as the most tolerant nation, with only eight per cent of multichannel shoppers falling into the patient category while the Brazilians are the most impatient with every two in five multichannel shoppers falling into the category.

But it’s still good to talk