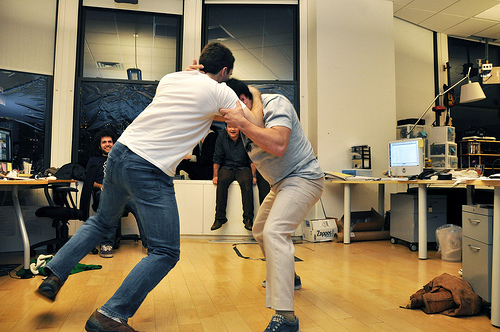 The research conducted by LondonOffices.com showed that the average office worker got into 1.8 confrontations per week with fellow colleagues.

Over 78 per cent claimed personality clashes were the main reason for office fallouts, closely followed by differences in professional opinion. Disagreements over job role parameters also scored highly, with 69 per cent, while almost half identified the tea/washing up rota as a source of conflict. A spokesperson from LondonOffices.com commented: “When you’ve got a room full of successful and ambitious people of course there is going to be conflict along the way.

“The important thing is knowing how to resolve conflicts quickly. In fact you could argue that having it out with someone is much healthier than suppressing your feelings.

“All that does is get you even angrier so when things eventually bubble over you end up saying things you later regret.” Image Source