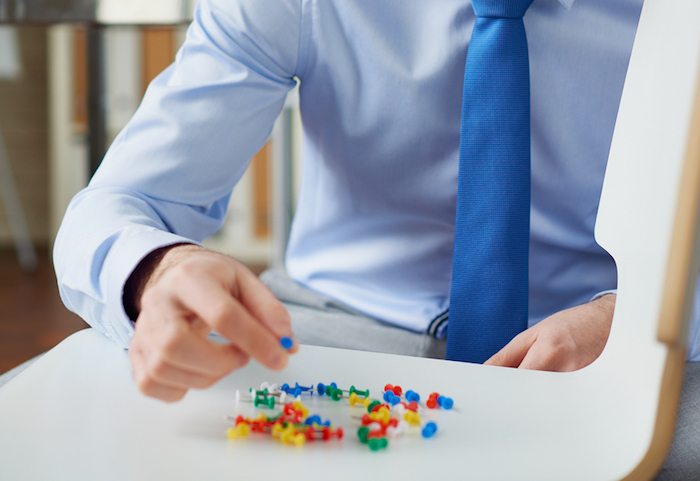 The findings come from Kit Out My Office, which found workers in the north of England are more likely to be embroiled in office pranks than southerners, at 83 per cent versus 69 per cent respectively.

And although there are risks involved with carrying out office pranks, some of which have resulted in people being fired, 90 per cent of workers plan to live on the edge and continue playing tricks on colleagues.

According to the findings, these are top three office pranks that respondents confessed had them fired:

(1) Hiding a beeping device in a solicitor’s office

Placing a beeping device in a peer’s drawer resulted in a security company searching the building for listening gadgets that rival firms were thought to have planted.

(2) Frightening a co-worker in a dangerous environment

An electrician tried scaring a colleague while in a high voltage environment, despite risk of major injury.

Dismissal of an intern took place after a frozen can of shaving foam with a small hole in was stashed under a bank of desks. As the foam warmed up, it coated the space and wrecked two workstations.

In terms of age, 69 per cent of 36-40-year-olds have taken on office pranks in the past three months, making them the age group most likely to do so. Indeed, they outpaced workers aged 18-24-year-olds and 25-30-year-olds, with just 47 per cent and 41 per cent engaging in office pranks, respectively.

Pamela Rogerson, HR director for the ELAS Group, said: “Pranks in the workplace lighten the mood and, for the most part, can have a positive effect on morale so why not?

“A little laughter and joviality helps build team spirit and corporate identity; if a workplace is staid and boring then I’m sure that staff retention could be an issue. That being said, as with anything you do, whether in the workplace or at home, any pranks should be harmless.”

The five most common office pranks

(1) Cover the sensor on a mouse

(4) Unroll toilet paper, draw a spider on it and roll it back up

(5) Place the waste from a hole punch into an umbrella

ontinuing to draw on her 27 years in employment law, Rogerson added: “If it can be reasonably perceived that the outcome of a prank would have a financial consequence or affect on the persons’ health then it’s not a harmless prank.

“It’s also important to take into consideration the environment you work in and the audience you are aiming at – if you don’t have the kind of relationship with someone where they would take your prank as just that rather than feeling picked on, then don’t do it.

“Just a little forethought and common sense should dictate whether or not a prank is acceptable. At the end of the day we all want to be happy in our workplace and having a giggle at work, when appropriate, can help achieve that balance.”