More pressure is being placed on businesses to produce and distribute content. This was a matter of debate in Cisco’s Global Cloud Index, with the company forecasting that the end of 2018 would see data centre IP traffic reach 8.6 zettabytes – and thus increase our need for a better upload speed.

This high figure, Cisco claimed, is in part due to prophesied corporate adoption of advanced video communications and a reliance on the Internet of Things to stay connected with the workforce. With flexible working cited by 49 per cent of employees as one the most important benefits of the future – so says a Grass Roots survey – it’s hard to argue with the prediction.

But it seems service providers are letting Brits down on the upload speed front. As Harvard researcher David Weinberger exclaimed in a Huffington Post article: “If only providers hadn’t built a business and infrastructure on the assumption that we just want to lean back and scarf down gigabits of tasty content.

“When the Internet started most of us downloaded more than we uploaded – simply visiting a site requires downloading it. Most of us still pull down more than we put up, but with the rise of P2P networks, voice over IP, etc., we’re doing much more uploading than we used to.”

Numerous Brits agree with Weinberger, especially those quizzed by Broadband Genie, which revealed 30 per cent of home broadband users and 61 per cent of mobile users have been put off uploading because of poor coverage. It’s not a good sign when you take the Grass Roots study into account.

Rob Hilborn, Broadband Genie’s head of strategy, discussed the results in more depth: “A slow upload speed has affected Brits for some time now, and it is becoming more of an issue with the huge popularity of social media, streaming of videos and use of cloud storage.

“And although many technological challenges are being overcome through the transition to fibre and 4G, the issue now seems to be in how the industry markets upstream performance. Good upload speeds are treated as an added bonus, not a core part of the package.

“Upload speed is frequently buried in the terms and conditions, if it is mentioned at all. Making this information more prominent early in the sales process will help broadband users select the most suitable provider when comparing home and mobile broadband services. Upload speeds should also carry the same protection as download rates, so that if a minimum speed is not met customers can switch without penalty.”

Meeting the challenges faced by rural businesses through ecommerce 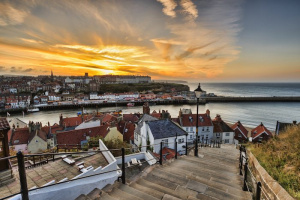