The study maintained that the Premier League created a direct GVA (Gross Value Added) of £2.22bn. At the same time, Sport England claimed all UK sports created a direct GVA of £20.3bn. This suggests £1 of every £10 of value is generated by football’s top-flight competition.

Given these statistics, one would expect much investment to go into making everything run smoothly – especially when it comes to the streaming of matches. Broadcasting should be a prime hotspot for the likes of Sky and BT.

That doesn’t seem to be the case though as Premier League clubs have the slowest broadband connections of the entire football league. This is according to Gradwell, which ranked all 92 clubs on a broadband football table based on speed.

“We used upload and download data from an average area of 500m from each home ground of all 92 football league clubs,” it explained. “We then combined these two speeds to produce an overall broadband football speed ranking to see which club has title-winning Internet and which one is in danger of relegation.”

Only two Premier League teams made it onto the company’s “broadband football status list” – Everton and Bournemouth ranked seventh and 14th respectively.

In fact, Premier League clubs featured more frequently in the slowest 20, with no less than six teams in what is effectively the broadband football equivalent of League Two. Leicester was second last on the 90-strong list, joined by Chelsea at number 86 and Arsenal in 78h place.

And while MK Dons may only play football in the third tier of English football, the club reigns supreme when it comes to broadband speed, boasting the fastest connectivity speeds of the entire football league.

“The Dons’ home ground, Stadium MK, sits within an area that has a broadband connection more than 14 times faster the second richest club in the world, Manchester United,” Gradwell said. “MK’s connection is also twice that of nearest rival in the rankings, Oxford United, and over eight times the football league average.”

MK was followed by Grimsby and then Oxford United in third place.

Gradwell’s study also found that the average combined internet speed for Premier League clubs is 16.2, with League One – thanks to MK Dons – being the fastest division with an average speed of 28.2.

Nick Thompson, CEO of Gradwell Communications, said: “It’s shocking to see Premier League stadiums perform so poorly in respects of broadband connections. Goliaths like Arsenal and Manchester United are some way behind the likes of Morecambe and Grimsby. Our findings show that while BT is spending billions on the rights to broadcast, it is still spending pennies on the broadband infrastructure around football stadiums.

“Most football stadia are situated very close to homes so it’s even more troubling to see that the broadband speeds in and around some of the biggest clubs, not only in the UK, but the world are more like Conference North standard than Champions League.” 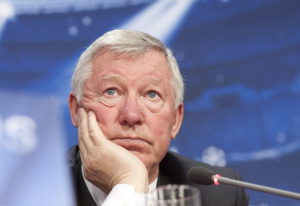 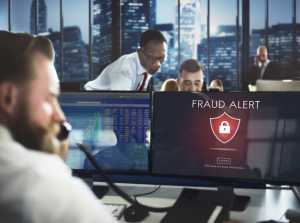