From 2 April, BT broadband customers will be hit with a price hike of between five per cent and six per cent. All basic broadband users will pay £2 extra per month, while BT Infinity fibre will cost customers an additional £2.50 per month. Landline users will have their calls go up 1p a minute as well.

BT Sport, which used to be an additional perk, will no longer be free – you’ll be charged a fee of £3.50 a month, or £42 for a yearly subscription. And if you’re watching BT Sport through another broadband provider then you’ll get charged an extra £1 a month.

This follows on from news of rivals tapping into the broadband price hike as well. On 4 November 2016, TalkTalk increased line rental to £1.25 a month, with its broadband package rising to £1.50 per month (£33 extra a year). Sky is also pushing up the prices of its line rental – set to happen 1 March.

“We realise customers never welcome price rises, but we continue to highlight money-saving options, including those who just want a great value package of a line and calls, such as Home Phone Saver 2019,” he said.

“But we know customers also want great service and to be protected from nuisance calls. That’s why we have invested to be able to promise that we’ll answer 80 per cent of our customers’ calls in the UK by the end of 2017. And we will also be launching a comprehensive defence against nuisance calls that will divert up to 25m unwanted calls a week before they ever bother BT customers.”

Ofcom has ruled, however, that unhappy customers can cancel BT subscriptions penalty-free if they do so within 30 days of BT’s notice reaching them.

This fact was echoed by Dan Howdle, consumer telecoms expert at Cable.co.uk, who said: “These changes affect all of BT’s customers to an extent. These price hikes are absurd in contrast to current rates of inflation and, quite rightly, I would expect BT customers to be fuming.

“Customers should remember that under current rules, in the event of a price hike, they have the right to switch out of their contract free of charge. As a BT customer you do get a vote in this – but it’s a vote with your feet.” 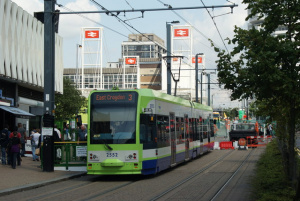 How Croydon is holding its own in the UK tech industry